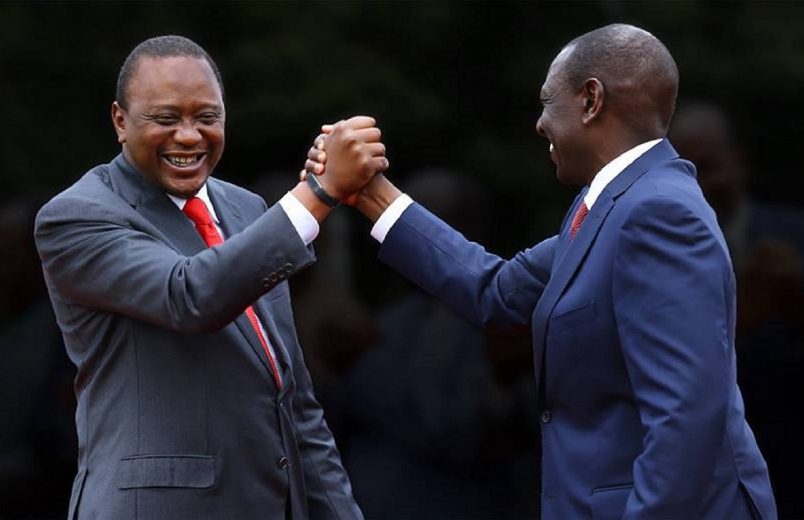 KENYA, according to its deputy president, William Ruto, “is not the type of country where you find a president getting 99% of the vote”. That statement, made on October 16th, was tested just a week later when Kenyans went to the polls for a re-run of the election on August 8th, which the country’s supreme court annulled. When the final results were announced by the electoral commission on October 30th, Uhuru Kenyatta, the incumbent, had won (again) with 98.3% of the vote. Yet the sweeping victory seems unlikely to bring to an end Kenya’s political and emerging economic crises.

The reason for Mr Kenyatta’s huge victory was that his main opponent, Raila Odinga, an opposition stalwart and perennial candidate, withdrew from the race and called on his supporters to refuse to vote. Turnout collapsed to just 38% from almost 80% in the annulled poll of August. In two of Kenya’s 47 counties—both strongholds of Mr Odinga in western Kenya—voting did not happen at all, as Mr Odinga’s supporters prevented officials from opening polling stations.

In the end, turnout strongly reflected Kenya’s political (and ethnic) make-up. In the central region, where Mr Kenyatta’s tribe, the Kikuyu, are most concentrated, voters still crowded the polls (see map). In Kiambu, his home county, turnout was 78%, compared with 83% in August. A similar pattern held in Mr Ruto’s Kalenjin heartlands in the Rift Valley. By contrast, in pro-Odinga areas, dominated by the Luo, the boycott was clearest. In Mombasa, Kenya’s second-largest city, turnout fell from 59% to just 14%.

The worry for Mr Kenyatta is what happens next. After the results were declared, Mr Odinga gave a speech in which he denounced the “sham election” and called for a “people’s assembly” to resist the government. He has said he will not go back to court, but if he does, the logic of the previous annulment suggests he has a chance of winning. Mr Kenyatta acknowledged as much in his victory speech, saying that his re-election “is likely to be subjected to a constitutional test through the courts”. His allies talk nervously about a Kafkaesque situation where Kenya keeps holding elections that are repeatedly rejected in court.

Yet most Kenyans have a more urgent worry. In the days after the second election protesters fought against police in Mr Odinga’s strongholds in western Kenya and Nairobi, the capital. Worse still, in parts of Nairobi tension between Luos and Kikuyus spilled into street battles. In Kawangware, a slum in the west of the city, shops and homes belonging to Kikuyus were set on fire, apparently in retaliation for attacks by a Kikuyu militia. At least a dozen people have died since October 26th. If the violence persists, Mr Kenyatta’s victory could end up feeling very hollow, no matter what the courts say.