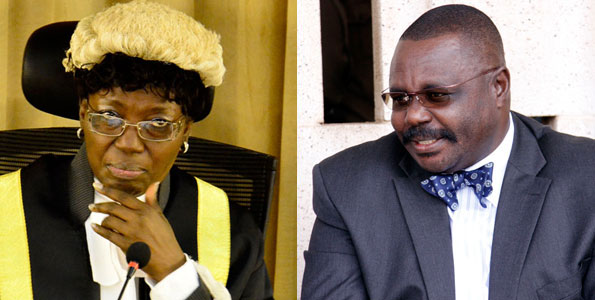 The position of Speaker was unopposed after the ruling National Resistance Movement (NRM) caucus endorsed Ms Kadaga who had also endeared herself to members of the opposition with her occasional defiance of her party’s positions and disagreements with the NRM chairman President Yoweri Museveni.

President Museveni had cajoled Mr Oulanya to drop his bid to challenge Ms Kadaga for the top job.

In the contest for deputy Speaker, Mr Oulanya faced off with independent MP Muhammad Nsereko of Kampala Central.

After a heated debate with MPs screaming and shouting, and surveillance cameras in Parliament covered over fears of being monitored from the control room when President Museveni left the chambers, a vote was taken for the two.

Addressing the House after the vote Thursday afternoon, Mr Museveni vowed to fight corruption in his new term of office.

However, the pledge was met with jeers from a section of opposition MPs claiming he paid Ush5 million (about $1,500) to their NRM counterparts to back Mr Oulanya for the deputy Speaker seat, to which Mr Museveni responded that he had only “helped because MPs told him they were having problems.”

Now with his new five-year term well secured, a compliant Parliament in place, his main opponent Kizza Besigye facing treason charges, and an army and police at his behest, the country will watch to see how Mr Museveni will deliver on his many promises and whether he will get Parliament to remove the age limit for him to continue after 2021 or transition power to his son, Muhozi Kainerugaba whom he days ago promoted to the rank of Major-General.