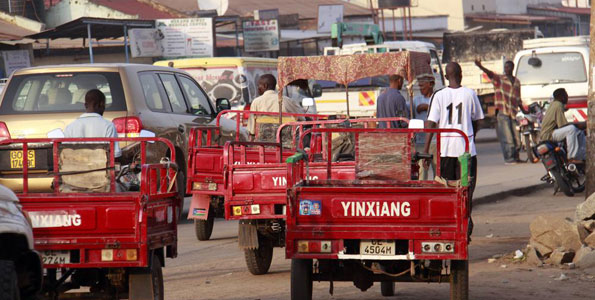 A section of Ugandan traders in South Sudan have appealed to their government to halt the impending compensation to suppliers to allow a re-verification of the list.

The traders claim that some of their colleagues have influenced the authorities to exclude them from the list of those benefiting from the upcoming compensation.

The Ugandan government is set to pay more than $99 million (USh360 billion) to its traders who supplied goods to the South Sudan government, but who are yet to be paid following the eruption of violence and instability in the country.

Reports indicate that the money will be treated as a loan to South Sudan to be paid back within 50 months at six per cent interest after the first year.

Mr John Bosco Omara, the proprietor of J.B Traders, who led the group of aggrieved traders, told journalists in Kampala early this week that their companies have been sidelined from the list at the expense of big firms whose proprietors are registered more than once.

“Can you imagine, one of the big companies is seeking to grab $13 million out of the $41 million compensation that the government will release soon.

The same company appears on the list nine times (whereas some) small companies appear on the list only once and demand as low as $10,000” Mr Omara said.

The firms said to be excluded from the payment list are Gunya Company Ltd owned by Geoffrey Okwir, Odyek Ejang Company Limited, Ake-Jo General Enterprises Ltd and J.B Traders, among others.

According to the claims, Gunya Company is demanding $167,000 for having supplied 17,000 bags of maize to Taban Anjelos.

Apart from the maize supplies, Ake-Jo made various supplies including construction materials to build primary schools under the World Bank Programme as well as supply of vehicles and food for both the South Sudan government and NGOs.

Mr Omara said: “The lists were submitted including our names but after one of the big traders rushed to South Sudan to welcome Uganda’s verification delegation, our names are nowhere now.”

The traders that claim other companies to benefit at their expense are based in South Sudan.

“Let them (authorities) come out and tell us why we are not going to be paid yet we were verified along with other companies at the same time. We were all confirmed by the governments of both South Sudan and Uganda,” said Mr Okwir.

Mr Jim Mugunga, the spokesperson of the Finance ministry, said the issues surrounding the complaints were explained.

However, he could not divulge the details saying he was attending a meeting.

The South Sudanese government owes three categories of Ugandan traders up to $107 million.

The traders claim that some of their colleagues have influenced the authorities to exclude them from the list of beneficiaries.