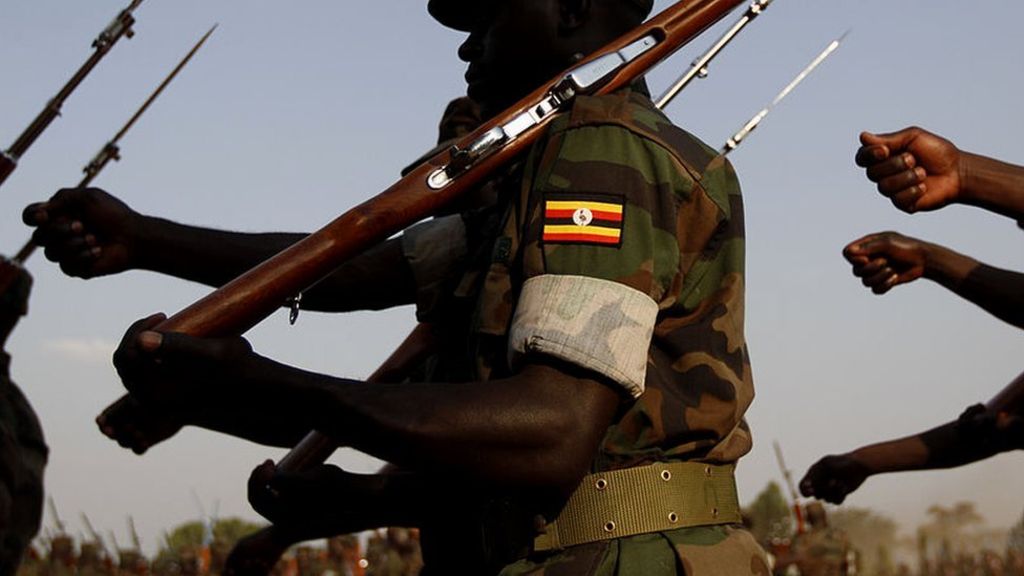 MOGADISHU (HAN) September 27.2016. Public Diplomacy & Regional Security News. By Abdi Sheikh. A Ugandan soldier captured by Islamist insurgents in Somalia more than a year ago has been paraded in an insurgent video in which he appealed for his country’s leaders to help free him.

“Please do not abandon me here,” he said in the video released on Monday by the al Qaeda-linked al Shabaab insurgency.

“Oh Ugandans, I am a soldier of your country. Join hands and come up with a solution that can secure my release.”

The bearded soldier was identified as Massasa M.Y. He wore a uniform with a Ugandan army patch on it and said he was captured during a deadly 2015 attack on an African Union in Janale, about 90 km (55 miles) south of the capital, Mogadishu.

About 40 to 50 of his colleagues were killed in the attack, the soldier said.

Ugandan military spokesman Lt. Col. Paddy Ankunda confirmed the man in the video is a Ugandan soldier but declined to give any details.

Some 22,000 African Union troops are in Somalia supporting the Western-backed government. It is unclear whether the insurgent group, which has mounted several attacks on AU bases in the past two years, has any other African Union soldiers as prisoners.

In a separate development, Somalia will hold its postponed parliamentary elections between Oct 23 and Nov 10, the chairman of the electoral commission said, after the vote was delayed for a second time due to disputes over the selection process.

The polls are key to retaining the government’s support from Western backers and increasing its legitimacy among ordinary Somalis.

Voting for the 275-seat Somali parliament was due to begin this weekend but candidate lists had not been finalised, Omar Mohamed Abdulle told a news conference on Monday.

Somalia has been at war since 1991. The government said threats from al Shabaab prevented it from organising a one-person, one-vote election.

Al Shabaab, which wants to impose strict Islamic law, has called on its followers to kill clan elders, officials and lawmakers taking part in the parliamentary election and to attack polling venues. (Additional reporting by Feisal Omar in Mogadishu and Elias Biryabarema in Kampala; Writing by Katharine Houreld; Editing by Raissa Kasolowsky)