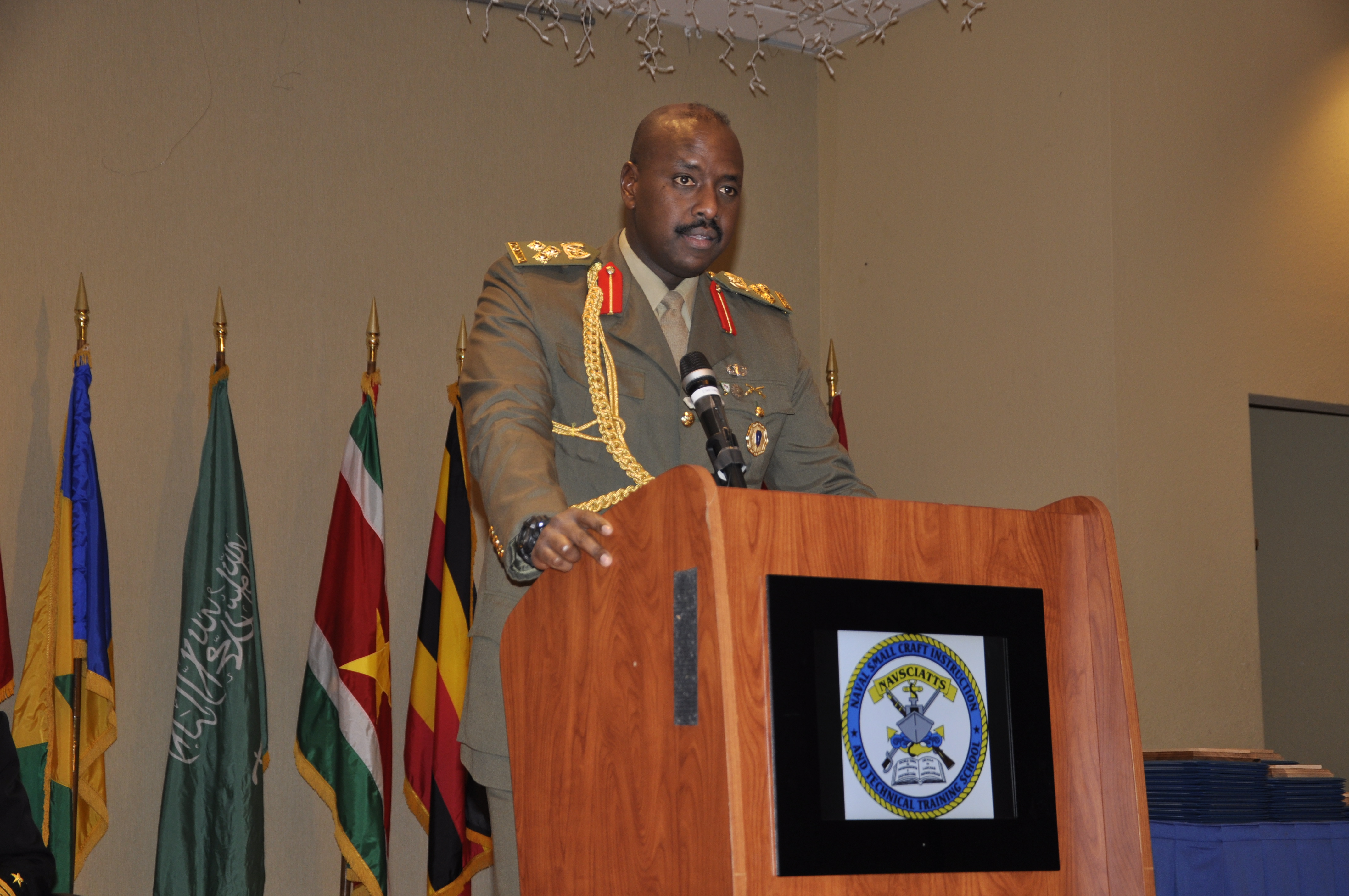 KAMPALA (HAN) May 27.2016. Public Diplomacy & Regional Security News. The son of Ugandan President Yoweri Museveni, Maj Gen Muhoozi Kainerugaba, Wednesday broke his silence on a raging debate over suspicions that he is being groomed to succeed his father, saying he harbours no presidential ambitions.

Speaking at the UPDF headquarters in Mbuya where he was decorated with the rank of Maj General, up from Brigadier, the president’s son said the so-called “Muhoozi Project” is “non-existent” and a “red herring”.

Long-simmering suspicions that he was being groomed to replace his father as president came to the fore in May 2013 when Gen David Sejusa, the then army coordinator of intelligence services, in a leaked memo, instructed a top spymaster to probe a suspected plot to bump off top government officials opposed to the plan.

Threatened with charges of offending the UPDF Act, the Gen Sejusa fled to exile in London but has since returned and will appear in the High Court on Friday to hear a ruling on whether he is still a serving military officer.

Muhoozi, aged 42 and who trained at Britain’s military academy Sandhurst, dismissed the reports of a plan to push him into power saying he was “very happy being in the military and that is where I intend to stay for some time.”

Maj Gen Muhoozi also dismissed concerns about his rapid ascent through the ranks, saying all his advancements have been through the army’s promotions and commission board.

According to the army, Maj Gen Muhoozi first received training in 1994 before formally joining the Forces in August 1999. His rapid rise has however been a constant subject of polarising public debate in Uganda.

“There is a process. There is a commission’s board that looks at each case by case and decides. So you have never heard of a message where I promote myself. It is always [by the] promotions board. That is the process of the military,” Maj Gen Muhoozi said.

Museveni, 72, in power since 1986, will be barred by the Constitution from running for office on the basis of age after his new term ends in 2021. He promised to respect Article 102(b) that bars persons above 75 years from contesting for the presidency.