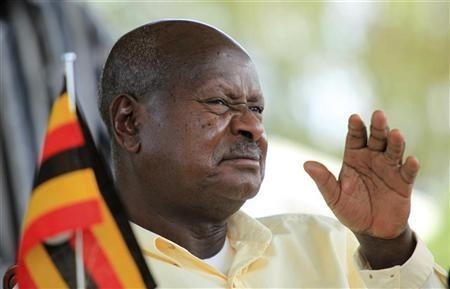 President Yoweri Museveni appears to be searching for a legacy on the economic front during his presumably last term in office.

Despite delivering on the security front, President Museveni has been criticised for poor delivery of public services, corruption and an economy that is increasingly in the control of foreign interests. But he appears keen to shed such tags after telling the party hierarchy and public servants to safeguard the interests of Ugandans in sectors that are being encroached on by foreigners.

“It is not correct for the government not to take action against Chinese and Indian retailers who are unfairly competing against our retailers,” President Museveni said in a keynote speech at an NRM retreat at the National Leadership Institute Kyankwanzi on July 26.

“Those foreigners should be redirected to manufacturing and other areas like construction. Retailing should be preserved for Ugandans or, possibly, the other African immigrants as well.”

On August 2, after a meeting with the High Commissioner of India Dr Ramesh Chandra at State House Entebbe, President Museveni said he would meet long-term Indian residents in Uganda and guide them on areas where they can best invest.

Defending Uganda’s trade in goods and services with our “African brothers and sisters,” President Museveni said trade under the East African Community and Common Market for Eastern and Southern Africa earns Uganda $2 billion annually, while that with the European Union brought $433 million.

Uganda’s trade with China and India fetches $54.7 million and $24.8 million respectively, while from the US, $27.2 million is earned per year, against imports worth several billions of dollars from all these countries.

While President Museveni’s position is welcome news to the local business lobby groups, he may now need to walk the talk by addressing basics like access to credit that have made it difficult for local businesses to compete.

Opposition legislator Muhammad Muwanga Kivumbi argues that the Chinese and Indians are doing business in Kampala because they have access to cheap credit from their own banks.

“What makes you think that our Ugandans can compete without a single locally-owned bank? Show me one that is lending to our retailers at the same interest rates as the Chinese are getting from their banks back home. The political talk of middle income status needs a plan if it is going to happen,” he said.

Out of the 25 commercial banks in Uganda, only two are indigenous, but lending at similar interest rates as the rest of the industry, with the government-owned Uganda Development Bank yet to become capitalised enough to lend to farmers.