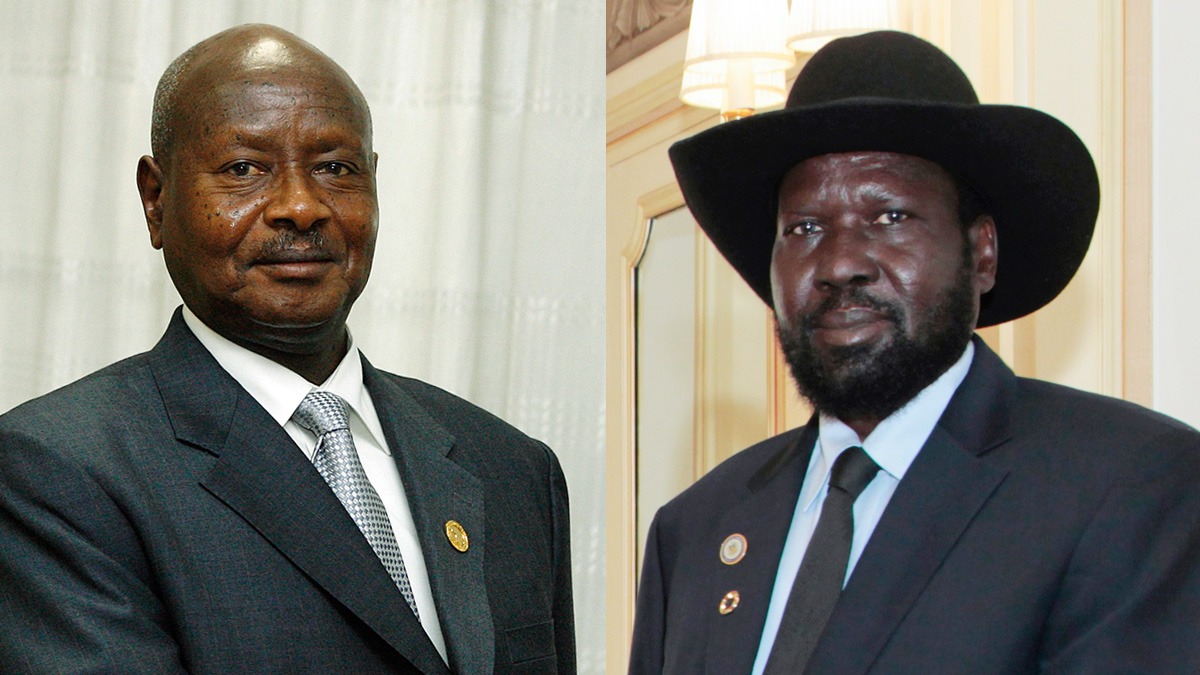 JUBA (HAN) July 25.2016. Public Diplomacy & Regional Security News. Ugandan President, Yoweri Museveni, has advised his South Sudanese counterpart, President Salva Kiir, to not reject deployment of additional regional third party force in Juba, but to instead focus on negotiating the level of their mandate as they deploy in the country.

Museveni said failure to comply with the African Union’s endorsed deployment of the troops to Juba will complicate the matter and result to further tougher measures which can be taken against the country and its leadership, cautioning President Kiir not to fall into “traps of western countries.”

This came in a meeting on Saturday in Kampala between President Kiir and President Museveni.

President Museveni, according to a presidential source who accompanied President Kiir to Kampala, said he made the remarks during their discussions on regional peace and security, particularly the proposed deployment of additional foreign troops in South Sudan.

This week, President Kiir vowed to not allow even a “single foreign soldier” to deploy in South Sudan in his reaction to the AU’s resolution to deploy a third party force to separate rival forces loyal to President Kiir and those loyal to his first deputy, Riek Machar. The government also organized demonstrations in Juba and in some states to reject the deployment of additional foreign forces with senior officials vowing to fight them should they deploy.

The force would also provide protection to the South Sudanese leadership, essential government infrastructures including the Juba airport as well as citizens at risk of violence in the capital.

There were no details of the issues the two leaders have discussed and resolved, as there was no official statement issued by the office of South Sudan president before and after the return from Uganda.

However, the high level presidential source told Sudan Tribune on Sunday that president Kiir travelled to Uganda to seek advice with president Museveni, who remains the only ally in the region.

President Museveni’s influence in the region, he said, has however been overshadowed by an unanimous regional consensus to dispatch additional foreign troops to shore up the fighting and protection capacity of the United Nations Mission in South Sudan (UNMISS) in the country.

Sudan, Ethiopia, Kenya and Rwanda are some among the countries in the region backing up the decision of the Intergovernmental Authority on Development (IGAD) member countries and African Union (AU), asking countries in the region to contribute and dispatch additional troops with a stronger mandate to protect civilians at risk or exposed to an extreme violence and to act as buffer for rival armed groups in the country.

“President Kiir went to Uganda at the invitation of president Museveni over regional matters. He advised him not to accept provocations and fall into the traps of western countries. The western governments are desperately looking for an excuse to go to the country and that the president should be extra careful,” he quoted the advice President Museveni had given to President Kiir.

“He advised him to negotiate the mandate of the regional force instead of an outright rejection. So president Kiir was basically going to seek audience with president Museveni and to share ideas on the regional intervention force and how this situation could be handled,” he told Sudan Tribune.

Meanwhile, president Museveni in his Facebook page released after the meeting with president Kiir on Saturday confirmed holding talks on regional matters but did not divulge into the details of the discussions.

“I have today held talks with my South Sudan counterpart, His Excellency Salva Kiir, at State House, Entebbe. We focused on regional issues but importantly how to ensure peace and stability returns to South Sudan,” said president Museveni, according to a post on his Facebook page.

The African Union has endorsed the deployment of the forces, saying the troops deployment will take place whether President Kiir liked it or not.

Opposition party led by Riek Machar also supported the deployment of the forces, saying their leader, Machar, will immediately return to Juba from his hiding place once the troops are on the ground to ensure his safety.

Machar fled the capital on 11 July after four days of clashes between his small number of troops and forces loyal to President Salva Kiir. His officials said he is still around Juba and will return any time soon. (ST)