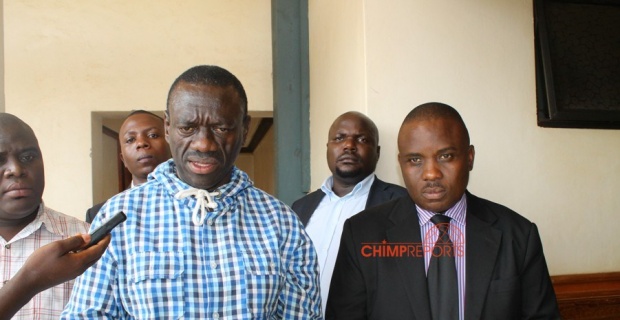 The case was adjourned because the trial chief magistrate is on leave.

Dr Besigye was the FDC candidate in the February 18 presidential election, which the incumbent, Mr Yoweri Museveni, won.

Local police spokesman Elly Maate said Dr Besigye was arrested in Rukiga County, about 18km from Kabale Town, as he tried to cross into his Rukungiri home district.

“He is currently being driven in the police car escorted to Kampala. Crossing into Rukungiri secretly was a big threat to the security of the people in the area. His arrest was preventive,” Mr Maate said.

Earlier on, police in Mbarara arrested three people for allegedly destroying windscreen and glass windows of two police vehicles, and injuring an officer in a standoff between the law enforcers and Dr Besigye in Mbarara.

Dr Besigye was in the company of the Kampala Mayor, Mr Elias Lukwago, and others on their way to court where he was charged with inciting violence.

He had reportedly made a stopover in Mbarara Town to have breakfast.

Mbarara District Police Commander Japhar Magyezi said Dr Besigye stopped in the middle of the street, trying to gather a crowd, and traffic was paralysed.

He said that when police intervened; Dr Besigye supporters started pelting them with stones.

“People started stoning us, injuring one of our colleagues who had come to provide him security and to remind him that what he was doing was illegal. But we never arrested him we guided him to proceed to where he was going,” said Mr Magyezi.

Dr Besigye, however, said police and the state did not want Ugandans to express their support for the opposition.