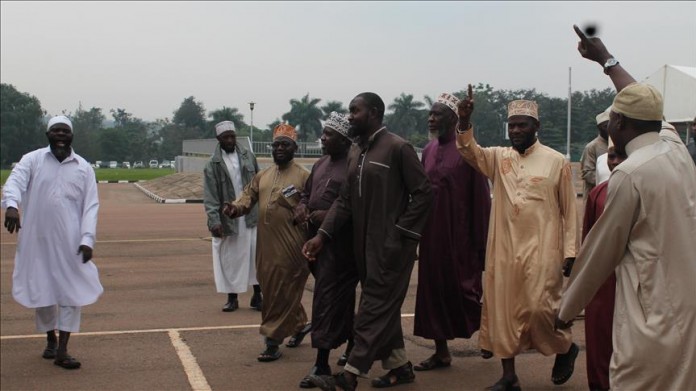 In their petition – made public late Thursday – they claimed the introduction of interest-free banking “opens the door to the ultimate operationalization of full-fledged sharia law” and raised the specter of Islamic finance being used to fund terrorism.

“It should be remembered that the ultimate goal of jihad is to bring the whole world under sharia law and one religion in a global government known as the caliphate, which is what ISIL is trying to accomplish,” the church leaders’ petition claims.

“What criteria shows it’s a way for funding terrorism, this is a misconception of the Holy Quran,” Huda Oleru, a Muslim lawmaker for the National Resistance Movement, said.

She added: “Muslims in Uganda have been using secular banks because they had no option and this bill is a welcome move for those who do not want to pay interest levied by secular banks.”

Muslims make up 12 percent of Uganda’s population, with Roman Catholic and Protestant Christians accounting for around 84 percent.

Referring to the church petition, Oleru said the Quran “urges Muslims to help orphans, widows and the marginalized members of the society, that is the role of a responsible Muslim, they need to be educated more.”

Nsereko Mutumba, spokesman for the Uganda Muslim Supreme Council, said the church leaders were “just ignorant of the Quran, it has nothing to do with ISIL, Boko Haram or any other group claiming to kill non-Muslims. Even countries in the Western world are embracing Islamic banking.”

The Bank of Uganda is currently establishing a sharia advisory board to regulate and supervise the interest-free banking.

“This doesn’t mean having an automatic Muslim president,” Mutumba said. “We are the minority. Islam was the first religion to be introduced in Uganda [and] we have never forced anyone to convert to Islam.”

Commenting on the church leaders’ request for the president to send the bill back to parliament so passages relating to interest-free banking can be removed, Oleru said: “I will not support this amendment if it is returned to parliament.”