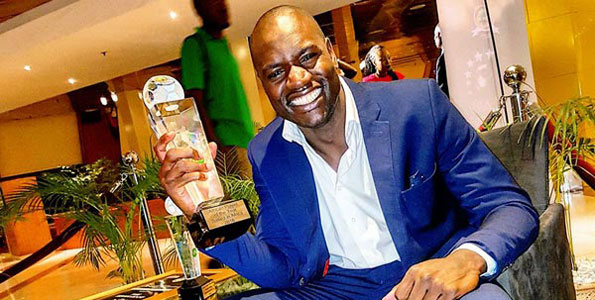 Goalkeeper Denis Onyango, voted the best African-based player of 2016, will spearhead Uganda’s assault on the African Nations Cup title following the announcement of their squad for the finals on Thursday.

Uganda, returning to the finals in Gabon after an absence of almost four decades, will take inspiration from their 29-year-old keeper, who helped Mamelodi Sundowns, of South Africa, win the African Champions League in October.

His performances saw Onyango crowned as the Confederation of African Football’s best player based in the continent on Thursday at an awards ceremony in Abuja.

Onyango’s achievements had already seen him named Uganda’s Footballer of the Year and he is among 18 foreign-based players from an eclectic mix of countries in the 23-man squad, including Iceland, Lebanon, Finland, Vietnam and the US.

Uganda last played at the Nations Cup in 1978 when they finished runners-up. They make their return in Group D and start in Port Gentil on January 17 against Ghana.

Player of the year

Overall, Riyad Mahrez, a Leicester forward, was crowned the Confederation of African Football’s player of the year.

The 25-year-old Algerian, who helped Leicester win the English Premier League title, also won the Professional Footballers’ Association player of the year award and the BBC African footballer of the year.