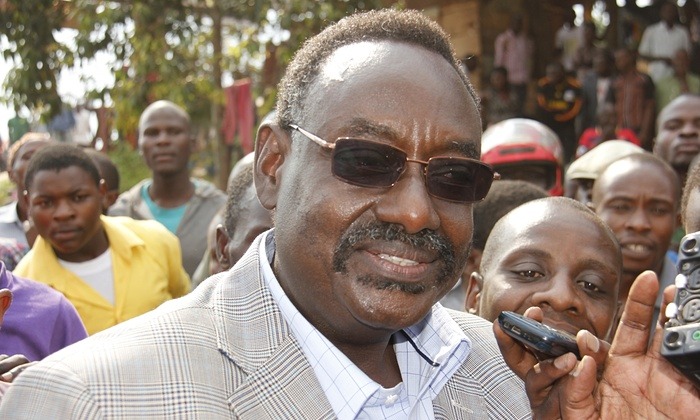 KAMPALA (HAN) February 1, 2016 – Public Diplomacy and Regional Stability Initiatives News. The Ugandan military has detained a general who is a long-time critic of veteran leader Yoweri Museveni, in a move likely to raise tensions in the country in the weeks leading up to a presidential election.

David Sejusa, who in 2013 alleged officials were plotting to kill anyone who stood in the way of Museveni transferring power to his son, is is being detained at a military barracks in the capital Kampala and his home was surrounded by military police, his lawyer Ladislaus Rwakafuuzi said.

Museveni, who is seeking to extend his 30-year rule, is facing perhaps his toughest challenge yet ahead of the 18 February vote, which pits him against long-time opposition leader Kizza Besigye and his ally-turned-rival, Amama Mbabazi.

Rights groups have accused the government of using state security to stifle criticism and intimidate Museveni’s rivals in the weeks before to the election, charges the government denies.

Army spokesperson Ronald Kakurungu told NTV Uganda, a local television station, that Sejusa had been taken into custody in the capital Kampala early on Sunday.

“Today the deputy army commander…went to (Sujasa’s) home and arrested him and took him to Makindye,” Kakurungu said, referring to the military facility on the outskirts of Kampala.

The spokesman said Sejusa would be charged before a court martial on Tuesday but he did not elaborate on the charges.

In 2013, Sejusa fled to Britain after making allegations of plot to kill officials who opposed a plan for Museveni to hand power to his son, Kainerugaba Muhoozi, a brigadier in the Ugandan military.

He returned to Uganda the following year in what analysts said was probably a fence-mending move by Museveni to prevent cracks in the military.

Since his return, however, Sejusa has maintained his criticism of government and has given several interviews to local media, in which he has criticized the president and expressed support for the opposition.

Michael Mabikke, another of Sejusa’s lawyers, said he had been denied access to his client.

“Sejusa… has told Ugandans this is a dictatorship and I think this criticism rubbed them the wrong way,” Mabikke said.