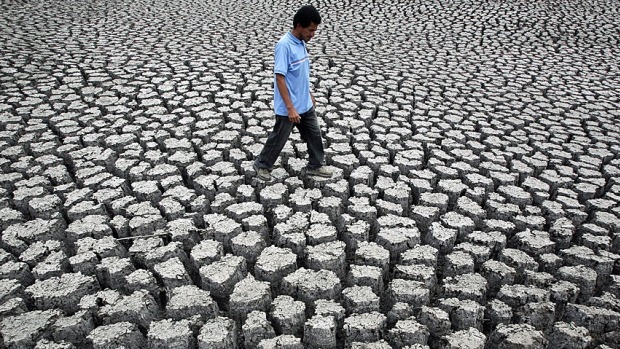 Kampala (HAN) October 28, 2015 – Public Diplomacy and Regional food Security Initiatives News. Ugandans living near mountains, rivers, lakes and valleys may be in harm’s way, as the East African country braces for massive flooding and landslides. Experts warn that this year’s El Nino weather phenomenon could be one of the most severe yet.

The Uganda National Meteorological Authority (UNMA), together with the regional Inter-governmental Authority on Development (IGAD) regional climate application and prediction centre (ICPAC) based in Nairobi and the World Meteorological Organisation (WMO), have collectively predicted, with a 95% certainty that Uganda will experience a massive El Nino phenomenon from late October 2015 to February 2016.

We are living in fear. Some of us have started relocating to places far away from mountainous areas

The El Nino weather pattern is expected to be worse than that of 1950, which led to the country’s lakes and rivers flooding their banks. Experts at WMO have warned that this year’s El Nino has been placed among the strongest four since 1950.

“The landslide and flooding problem is, therefore, likely to be massive, given the episode is forecast to be more severe. It is likely going to be stronger than the one of March 2010, [where landslides] buried more than 150 people and a health centre in Bududa District and the one of 2007, which flooded many villages in Teso and Lango.

“The El Nino will be established late October, reaching its peak in November and persisting up to February 2016,” UNMA official, James Olum said.

Olum warned that there are high possibilities of heavy flooding, landslides, destructive windstorms, lightning, destruction of feeder roads, washing away of small-bridges and culverts, the collapse of buildings and the rotting of root crops.

The negative effects of the El Nino rains are likely to cause misery to hundreds of households. “We are living in fear. Some of us have started relocating to places far away from mountainous areas,” Gloria Nambafu, a resident of Bududa, at the foot of mountain Elgon said.

With the expected destruction of some rural amenities such as pit-latrines, as well as the high probability of stagnant water, the health sector is bracing for an emergency situation especially as some health centres are likely to be affected by the floods.

And the incidence of infectious diseases such as malaria, cholera dysentery and acute respiratory infections are expected to rise to outbreak levels in a quarter of Uganda’s 112 districts.

The El Nino phenomenon will also affect the latter period of the end of year schools examination programme in a number of districts.