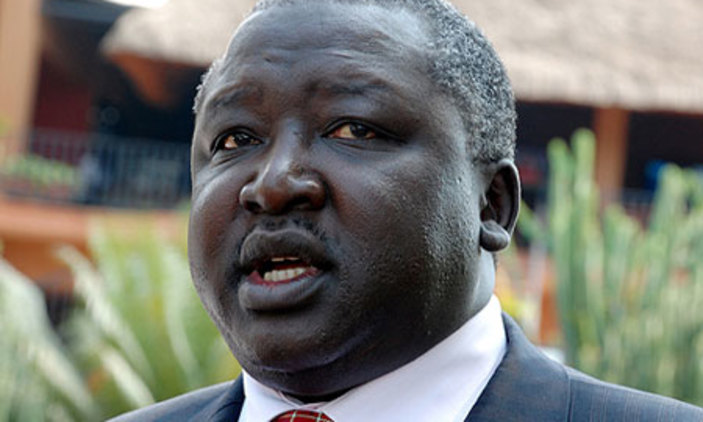 KAMPALA (HAN) May 24.2016. Public Diplomacy & Regional Security News. By RANCIS MUGERWA & ANDREW BAGALA. The Uganda government has threatened to use military force against Democratic Republic of Congo (DRC) forces if attacks on its citizens on Ugandan soil re-occur, a minister said on Monday.

The threats came three days after four Ugandan police officers were shot dead while patrolling on its territory on Lake Albert by Congolese soldiers.

The outgoing Foreign Affairs minister Okello Oryem, describing the incident as an abhorrent conduct of Congolese soldiers, said a repeat “may compel the Uganda authorities to take self defence measures to protect its citizens.”

The Foreign Affairs ministry said the four officers were responding to an illegal fishing incident by DR Congo nationals in Ugandan waters when they were ambushed by the Congolese soldiers.

The lake is shared in roughly equal parts by the two countries and has in recent years been the scene of sometimes deadly clashes, mostly over alleged illegal fishing in each other’s waters.

The discovery of commercial oil deposits on the Ugandan side has heightened the tensions, with DRC sometimes accusing Uganda of conducting illegal exploration in its waters.

The frontier area’s security is also undermined by the lawless nature of DRC’s eastern region where militias roam and Kinshasa’s grip is fragile.

Following increased border disputes in 2007, the two countries signed the Ngurdoto Agreement to that provided for a joint commission to verify and define the common borderlines and formulate amicable ways of resolving the disagreements.

The Uganda government Monday summoned DRC’s Chargé d’affaires and gave him a protest note demanding Kinshasa to bring to justice the officers responsible for the murder and appropriate compensation to the families of the killed officers.

Mr Oryem said Uganda demanded that “an immediate joint implementation of the agreed to mechanisms under the Ngurdoto Agreement.”

The Congolese Deputy Ambassador to Uganda, Mr Christian Katoto, declined to comment on the matter when contacted.