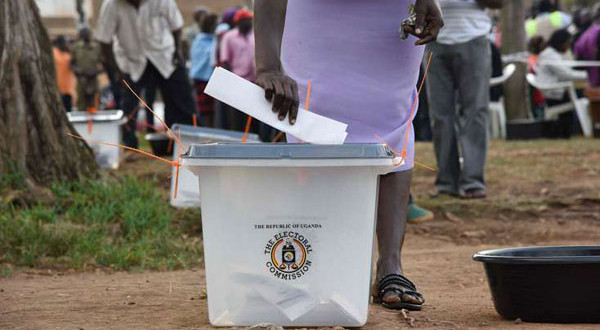 The Uganda Communications Commission (UCC) said access to social media platforms like WhatsApp and Facebook via mobile phones and the popular mobile money network had been temporarily blocked over “national security” concerns during the election period.

UCC’s director of corporate affairs Fred Otunnu said “we have switched off but only temporarily because as you know this is a very sensitive period.”

WhatsApp, a popular instant messaging service owned by Facebook, was shut down as early as 9am (0600 GMT) and was closely followed by mobile Facebook.

Sources, however, indicated the shutdown was ordered by top officials in the ruling party NRM and the military over they said was to control the avalanche of negative messages — word, audio and video — circulating on the platforms campaigning against President Yoweri Museveni.

Sources also intimated that Museveni himself, the incumbent seeking a fifth elective term in office after 30 years in power, had also raised an alarm.

After casting his vote at about 3:31pm (1231 GMT), Museveni, addressing journalists said the social media platforms were switched off as a temporary security measure because some people use them as pathways to create trouble.

“There must be steps taken for security to stop so many creating trouble. It’s temporary. It will go away. Because some people misuse those pathways. You know how they misuse them, telling lies. If you want a right then use it properly” he said.

WhatsApp is a popular cross-message platform that can be accessed by everyone using a smartphone.

Mobile phone users subscribing to the MTN and Airtel, networks that command a large following, were the most affected.

MTN indicated in advance Wednesday that its Mobile Money network would be off for some time.

Access to the social media platforms via Africell also remained intermittent. It is only access via the Vodafone network that remained active.

Being Internet enabled, social media platforms can be tampered with or blocked by governments.

Last year, for example, a judge in Brazil ordered the switch-off of WhatsApp for 48 hours after the company (Facebook) turned down the government’s request to eavesdrop on messages of users.

The Ugandan government has also on several occasions logged requests to Facebook for some user information, which have been turned down.

There are also concerns over the poor Internet bandwidth by nearly all the service providers, of which UCC said was not in any way related to the elections.

Besides Museveni, other top candidates in the race include FDC’s Dr Kizza Besigye, a four-time presidential aspirant and former Prime Minister Amama Mbabazi.