Home frontpage Uganda MTN back to Court Over Tax Dispute 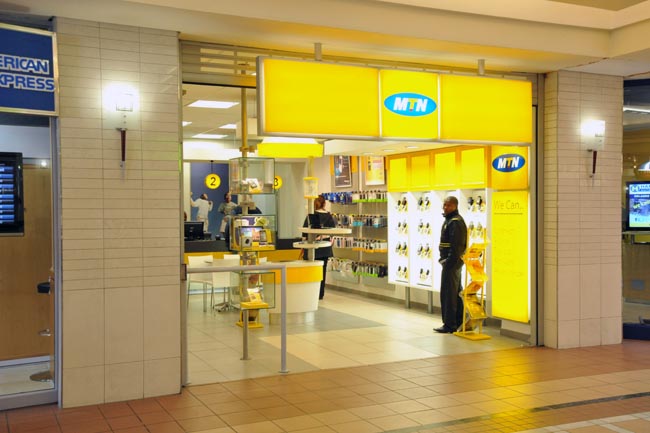 By HALIMA ABDALLAH. A court order restraining Uganda Revenue Authority (URA) from recovering over $90 million from MTN bank accounts is fast running out, setting the stage for trial of two separate court cases involving one of Uganda’s top taxpayer and the taxman.

Suing under MTN Sea Shared Services Ltd (MTN SSS), MTN denies liability to pay taxes amounting to $89.6 million and another $528,000, which according to URA, accrued from under-declaration of earnings on the lucrative Mobile Money, and information technology services provided to MTN Uganda between December 2015 and February 2016 by its mother company MTN Sea Shared Services (MTN SSS) Ltd.

“…An interim order is hereby issued against the respondent (URA) and her agents or servants restraining the enforcement of tax collection measures in respect of tax assessment demand for Ush326,990,917 ($89.6 million) against the applicant (MTN) until January 13, 2017 when the main application for temporal injunction is heard and determined,” reads part of the order.

MTN denies liability and asks the court to issue a permanent injunction stopping URA from taking any steps to enforce payment of the assessed taxes.

However, the tax collector is adamant that the outstanding amount, accumulated over a period of years, where MTN allegedly under-declared earnings from sale of mobile money transactions, must be paid.

Sources familiar with the dispute reveal that a fraud case filed by MTN against some of its staff working on the Mobile Money platform gifted the taxman a rare insight into the mobile communication giant’s large income.

In the case, MTN accused some of its staff of embezzling upwards of $2.7million in 2011 when Mobile Money had been operating for only two years.

URA is understood to have closely followed the court case, comparing revelations about revenues with declarations made for tax purposes, before deciding to ambush the telecommunications company with a four-year tax assessment.

URA assessed the taxes and presented a demand note to MTN that required the latter to clear the outstanding amount by November 25, 2016 or URA would attach its monies held in bank accounts under a garnishee order. This demand forced MTN to seek court protection.

The EastAfrican has learnt that the two parties are locked in a separate court case involving some $528,000, which accrued from IT services to MTN Uganda. MTN is challenging the August 11, 2016 demand note.

According to URA, a comparison of tax inputs by a team from URA and another team from MTN established that MTN had not declared some invoices worth $528,000. The money continues to attract two per cent interest penalty.

“Our ground for objection is that MTN SSS did not provide IT services to MTN Uganda to merit declaration of output in the returns… At that time the operation of MTN SSS had been transferred to MTN Uganda and there was  no transaction between the companies,” wrote Plaxeda Namirimu, associate director –tax service at PricewaterhouseCoopers (PwC), MTN’s tax consultants.

“We therefore request that you vacate the assessment of $528,000 based on the grounds of objection above,” reads MTN’s correspondence to URA.

URA however insists that MTN Uganda is a 96 per cent-owned subsidiary of MTN Group held through MTN International (Mauritius), with the sole purpose of providing regional IT services to MTN Group operations in Uganda, Rwanda, Swaziland and Zambia.

To build its case, URA wrote to Uganda Registration Services Bureau in September 2016 seeking information regarding the status of MTN SSS.

The bureau document shows that MTN SSS was incorporated on December 20, 2011, as a local company limited by shares.

URA then invited MTN for meeting to discuss the tax in question. It also requested that MTN carries along several documents.

MTN officials made no appearance according to URA. Instead, PwC communicated.

“We bring to your attention that MTN Sea Shared Services Limited is a dormant company, it has not wound up. Owing to this fact, the documents requested for by URA are not available,” Namirimu wrote on October 10, 2016.

In another move PwC wrote to URA seeking a private ruling on tax treatment upon merger between MTN SSS and MTN Uganda. URA objected to the request on grounds that MTN SSS is still in existence and there was never a written communication to the tax collector in respect to a merger.

The court is yet to fix a hearing date.