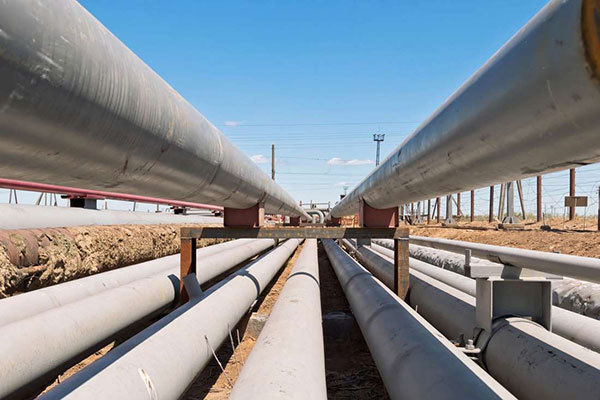 Technocrats from Uganda and Tanzania are scheduled to hold another round of discussions next week to iron out three contentious issues that were deferred during negotiations of the Host Government Agreements (HGAs) for the East African Crude Oil Pipeline (EACOP).

During the January 25 meeting in Kampala, the officials are said to have agreed on most of the issues under the agreements, but arbitration, revenue sharing and taxes were deferred to a later meeting.

They agreed on registration of local companies, security of the pipeline, immigration, national content, insurance of the project, environmental obligations, investor duties, relevant standards and procedures, construction and operation of the project, as well as the required stability clauses.

The Permanent Secretary in Uganda’s Ministry of Energy Robert Kasande told The EastAfrican that the contentious issues will be discussed on February 7 in Tanzania.

Although the officials describe the negotiations as successful since they reached harmonised positions on most issues, arbitration, which is a significant component in a trade agreement, remains unresolved.

“We did not conclude discussions on the question of arbitration. The important issue is, where should it be? We have pushed it forward for further discussions,” Mr Kasande said.

EACOP is a 1,445km export pipeline that will transport crude oil from Kabaale in western Uganda to the Chongoleani peninsula near the Tanga port in Tanzania. The proposed 24-inch diameter pipeline will export 216,000 barrels of crude oil per day.

In May 2017, Tanzania and Uganda signed the Inter-Governmental Agreement (IGA) which provides a legal basis for the implementation of the EACOP project. As part of the implementation, parties are required to sign the HGAs individually because of the transboundary nature of the project.

The HGA is an agreement between a host government and investors, relating to the implementation of the project in the specific territory.

Also on the agenda of the February 7 meeting is the issue of sharing of revenue. Legal officers at Uganda National Oil Company (UNOC) say that the pipeline will be held by a company that all the partners will jointly own, or a contractor will be employed to run its operation.

Value added tax as per the agreement will be deemed as paid during the three years of the construction phase. The pipeline depreciation rate has been fixed at five per cent.

However, there are proposals that the country that the company managing EACOP is registered in should charge taxes. For example, if the main company is in Uganda, Uganda can charge corporate tax, and if it has a subsidiary in Tanzania, Tanzania can charge a branch tax. This is expected to be resolved in the next meeting.

Another resolved issue is that Tanzania will not pay tariffs for crude export to overseas markets because it does not have the resources. Uganda and joint venture oil partners China National Offshore Oil Company, Total E&P and Tullow Oil Uganda will meet this cost.

The arrangement also caters for future partners. For example, if a company that is exploring for oil in Uganda or Tanzania makes a discovery, that company can be accommodated in the EACOP. The same rules will apply to a country that decides to join EACOP.

EACOP is expected to lead to a 60 percent increase in foreign direct investment per year for the two countries during the construction phase, by attracting investors and companies to explore the potential in the region.

Tanzania has suggested it will take up five per cent shares in EACOP. The Tanga port will handle large volumes of the materials required during the construction phase.

Tanzania and Uganda have also agreed to partner in a joint security operation and a standing committee has been instituted.

Countries will also have to harmonise their domestic laws. In Uganda, the affected laws include the Public Finance Management (Amendment) Act, Petroleum Exploration and Production Act, the Land Act and the Tax Act.

“In Tanzania, nothing is pending in terms of the law. All our laws are within the agreement. We have only now to take the signed agreement before our parliament for ratification,” Minister for Constitutional and Legal Affairs Palamagamba John Kabudi said at the launch of the IGA.