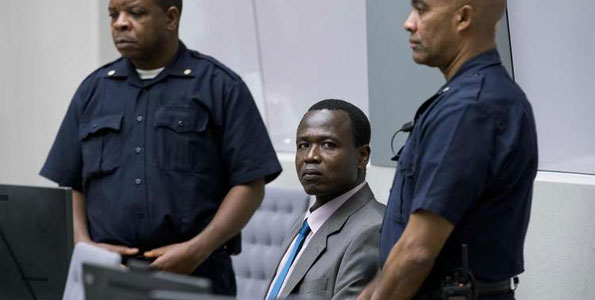 Uganda will officially announce its position on the International Criminal Court in January.

However, its unwavering support to the court as demonstrated in the trial of former Lord Resistant Army commander Dominic Ongwen is portraying a country caught between a case it referred and its recent position as the leading critic.

Critics argue that Uganda is playing diplomacy — being the loudest voice rallying the continent’s discomfort with the court while reluctant or unable to extricate itself from a processes it helped trigger.

Burundi, South Africa and the Gambia have written to UN Secretary General and the UN Office of Legal Affairs with notification of their intent to withdraw from the Rome Statute. Kenya has equally made loud noise while Uganda remains unclear whether it will join those pulling out or not.

Under the Rome Statute, full withdrawal comes into effect one year after notification to the UN treaty office.

President Yoweri Museveni has dismissed the court as “useless,” and urged his colleagues on the continent to withdraw.

But when Mr Ongwen’s trial — referred by Uganda along-side other LRA commanders more than 10 years ago — started with victims especially in the north of the country following closely, the government remained mute until The EastAfrican reached out to Minister in charge of International Affairs Okello Oryem. Mr Ongwen faces 70 counts for war crimes and crimes against humanity.

“Why should we care about what other countries think about us? We are an independent country. This is Uganda. Our position will be announced in January during African Union Heads of State Summit in Addis Ababa,” said Mr Oryem.

“Uganda’s current position is that as long as ICC improves their system, they have no problems, but it is also very strategic. They do not want to be at the forefront, but go along with the AU position,” says Dr Livingstone Sewanyana, executive director of Foundation for Human Rights Initiative.

In October 2013, AU distributed a draft resolution calling upon the UN Security Council and ICC to give sitting heads of state and senior government officials immunity.

The resolution was adopted to push for withdrawal of charges against Kenya’s President Uhuru Kenyatta and Deputy President William Ruto who have since been cleared by the court.

“No charges shall be commenced or continued before any international court or tribunal against any serving head of state or government or anybody acting or entitled to act in such capacity during his/her term of office,” reads the AU resolution.

Since then, Uganda has been the “African voice” backing countries agitating for withdrawal from the global court, but its actions at home remains silent. The government has not in the past discussed withdrawal question in Cabinet nor intimated its intention to do so before parliament where it commands majority.

The talk against ICC has been at the presidential level, the most recent being at the swearing in ceremony of President Museveni. In his speech, he referred to the court as “a bunch of useless people,” prompting some invited diplomats to walk away in protest.

READ: Museveni to move motion for Africa to withdraw from the ICC

It will be remembered that Sudan’s President Omar Al Bashir who has a warrant of arrest hanging over his head was one of the invited heads of state present at the ceremony. Uganda did not arrest him in spite of a requirement under the Rome Statute for member countries to help effect arrest of indicted persons.

“We are looking at ICC as a crooked institution. It is biased and it is propagating interest of Western countries, so it is not worth continuing being a party to it. The institution leaves a lot to be desired. We want ICC to prosecute everybody who commits crime equally,” Mr Oryem said.

“The way the state is designed, it confers impunity on sitting president. It is only the ICC, which lifts the impunity and that possess a threat to them. So ICC remains an important mechanism for us to embrace. We must have very big campaigns against any move to withdraw,” said Dr Sewanyana.

Four trials are ongoing. There have been two convictions and one acquittal. Eight preliminary examinations currently ongoing, including into situations in Afghanistan, Burundi, Colombia, Guinea, Palestine, Iraq/UK, Nigeria and Ukraine.

“The voices of victims are often lost in the ‘ICC targeting Africa’ rhetoric and in discussions calling for head of state immunity. If states pull out from the ICC, a key avenue for justice for millions of people will be lost,” said Stephen Lamony, head of advocacy and policy at Coalition for the ICC.