Home frontpage Uganda: Somali “before you dare touching their women, kill them first“ 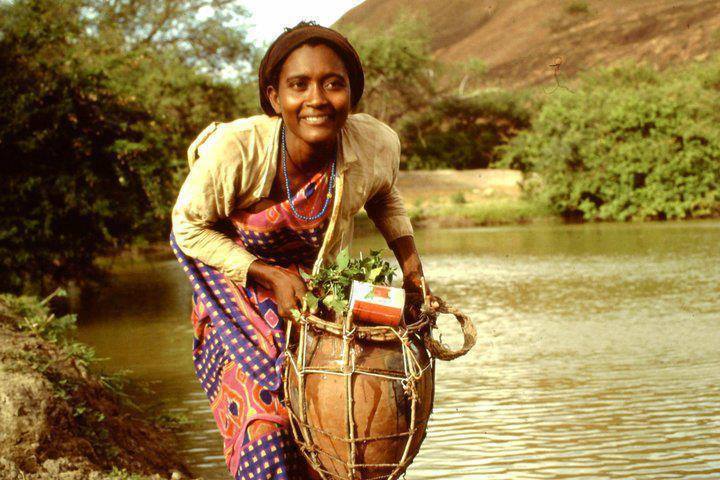 Kampala (HAN) September 14, 2014 – Expert Analysis, Your Power & Regional Influence Magazine. Rape is cheaper than bullets in Uganda, Congo and Rwanda. Sexual violence is a devastating weapon in the war-torn Greater lakes provinces of Uganda and the Democratic Republic of Congo. The Congolese army, peacekeepers (Ugandan soldiers) and rebel groups systematically use brutal gang rape against their enemies, causing crippling injuries and spreading HIV. The numbers speak for themselves.  Western Humanitarian groups estimate one in three women in North Kivu only been raped. Over 30 per cent of these have been infected with HIV. All across this devastated region – in every village, every camp and almost every home – a man-made plague is stealing and destroying the lives of women. In a scale never seen before around the world.

opinion page By Mohamed Osman, In Somalia don’t dare touch their women. If anyone of us believes that the African soldiers “Peacekeepers” come to Somalia or elsewhere in Africa for “mercy” missions, we better think twice. The following is what the Chief of Staff of Uganda told his soldiers when they were under training to go to Somalia. This is probably part of the statement of the Ugandan Chief of Staff that could be made public. However, it is enough information on their miss-behaviour during their mission abroad.

According to Lt. Gen. Aronda Nyakairima, Uganda’s Military Chief, this group of soldiers were in the Congo (DRC) on similar mission.

Mind you foreign soldiers can do whatever they wish with ZERO punishment as they enjoy immunity and they can be taken to court only in their homeland. About the “Sexual Exploitation and Abuse (SEA) by African Union Forces in Somalia”, issued by Human Rights Watch (HRW)” see the African Union reaction.

The New Vision of Uganda on 7 March 2005 published a report in which it quoted Lt. Gen. Aronda Nyakairima, Uganda’s Military Chief as saying to the Ugandan soldiers under training for the said development in Somalia: “IGADSOM” would be deployed throughout Somalia, with the exception of the self-declared republic of Somaliland. We shall deploy from Puntland all the way to the south.”

“We hail your shining achievement in helping clear the LRA (Lord Residence Army) from Tesso, Lango and Kitgum, flushing the terrorists back to southern Sudan, killing some, capturing others, recovering weapons, and rescuing inductees.”

While the General spoke hundreds of the soldiers yelled, “Tuko tayari. Tuta songa mbele. Kazi tutaifanya (we are ready. We move forward. We shall execute the assignment).

The General does not warn his officers that action will be taken in case of repetition. He only advises them:

“Unlike in the past when commanders were mobile merchants, don’t command and operate kiosks. Don’t steal soldiers’ salaries. Behave well. Learn their culture. Somalia is not like the DRC, where we sent 400 soldiers and received back 600 including 200 wives. In Somalia don’t dare touch their women.” There was thunderous applause to the statement. He went on to caution: “Guard against HIV.” “You are young and healthy. Remember HIV/AIDS kills.”

A week later, President of Uganda, Yowery Museveni, as the Chairman of IGAD, speaking at the IGAD Defence Ministers’ meeting in Entebbe said on 15 March 2005: “We are going to deploy with or without the support of the warlords,” “Why should the warlords for example reject Ethiopia and Kenya?” He rhetorically asked: “If the two countries go there, what will happen?” “What are we waiting for? “You should work out the deployment programme as soon as possible”, he said.

Nearly ten years later, on September 9, 2014, the Somali Government expressed about the allegations of rape against Somali women and girls by African Union Mission in Somalia (AMISOM) troops.

“The government condemns all forms of abuse against the Somali people and remains committed to ensuring perpetrators of any crime against its civilians are brought to justice,” Somali prime minister’s office said in a statement.

Human Rights Watch (HRW) released a report recently that drew upon 21 interviews with women and girls that said AMISOM soldiers had committed rape and traded food aid for sex.

The soldiers that the Uganda government selected for Somalia ten years ago, in 2005, are those who have committed all that General Nyakairima told them not to repeat again. But the call has fallen into deaf ears. Somalis cared less about the merchandise they bring in the streets of Mogadishu. But rape of girls and mothers is indeed humiliation.

As for the current event of rape by the African forces, a statement issued by the Somali Prime Minister’s office said: “The government condemns all forms of abuse against the Somali people and remains committed to ensuring perpetrators of any crime against its civilians are brought to justice.”

In the latest events, if the government of Somalia is convinced that rape has in fact, taken place, it is “committed to ensuring perpetrators of any crime against its civilians are brought justice”

According to BBC news report dated 8 September 2014, said “Last year, there was a huge public outcry following claims that AU and government soldiers had gang-raped a woman in Mogadishu.

A joint investigation by the AU and government dismissed the allegation as unfounded, even though neither the woman nor independent witnesses had been interviewed.

Only one rape case, in which the victim was a child, is before Uganda’s military court in Kampala, BBC added.

The best way to deal with such abuses committed by those who claim immunity although their crime has nothing to do with their official duties, is to ask their governments to strip the immunity from them so that they can be brought to justice. If the response is negative, then the Somali Government has no alternative but to declare the perpetrators of crime against Somali civilians PERSONA NON GRATA and order them to leave the country within 24 hours.

So, for their heinous action against Somalis, particularly women and girls, they have to pay the price by losing their immunity, privilege and handsome salaries etc.. And the Somali people and the families of the victims will note that the Somali government has taken the necessary steps before they are taken to a Court of Justice.  By. Mohamed Osman. mohd.osman75@gmail.com