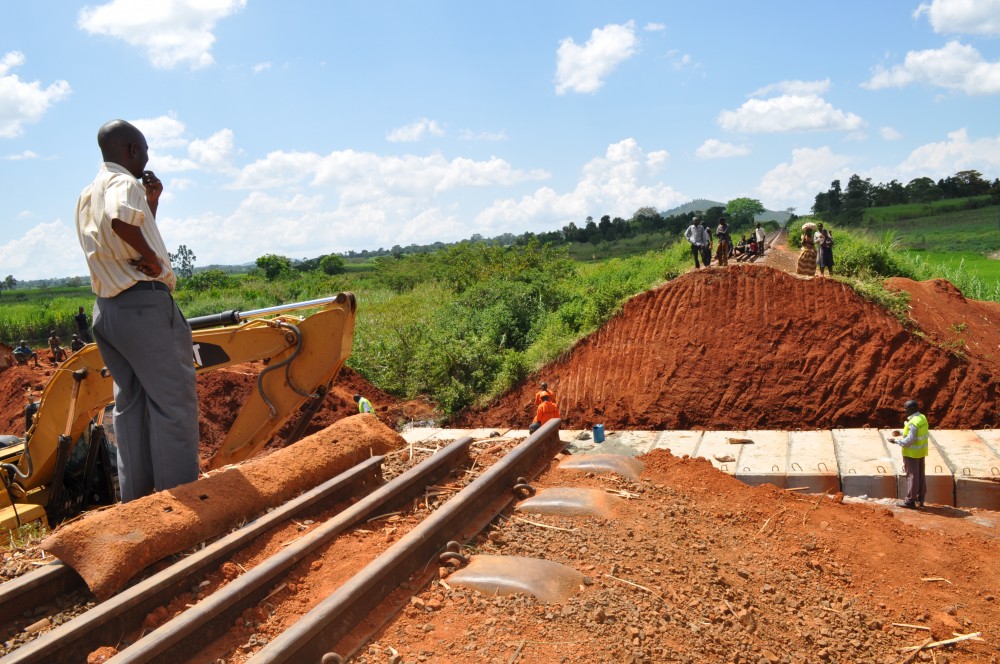 Kampala (HAN) May 1, 2015 – Public Diplomacy and Regional Investment News. Repairs to the railway network operated by RVR in Kenya and Tanzania. Transport infrastructure remains a challenge as Uganda readies itself for oil production.

Uganda’s planned crude oil refinery will take five years to complete, a representative of the firm that won the bid to build the multi-billion 60,000 barrels per day facility has revealed.

Andrey Kozenyashev, the Regional Representative of RT Global Resources in East Africa told an industry meeting convened by the Uganda Chamber of Mines and Petroleum in Kampala yesterday that the company anticipates to complete the project in 2020 at the earliest.

“After signing the agreement, it will take one and a half years to do the designs and then three years for construction of the facility,” Kozenyashev said.

The RT-Global Resources-led consortium beat off a challenge from another consortium led by South Korea’s SK Group to win the $2.5 billion project that will involve development of a refinery and product storage facilities in Hoima, Western Uganda, as well as a 205 kilometer product pipeline to a terminal near the capital, Kampala.

The other companies in the consortium are GS Engineering Construction Corporation from South Korea; Capital Plc a subsidiary of VTB, the second largest Russian-owned bank; Telconet Capital Ltd Partnership, a Cayman-based Russian company and Tafnet JSC a Russian oil company.

According to a statement from RT Global Resources, the company estimates to invest about one billion dollars into the refinery’s first 30,000 barrels per day phase.

Inadequate transport infrastructure will remain a huge challenge for the contractor however and could slow down the development of the project. oilinuganda