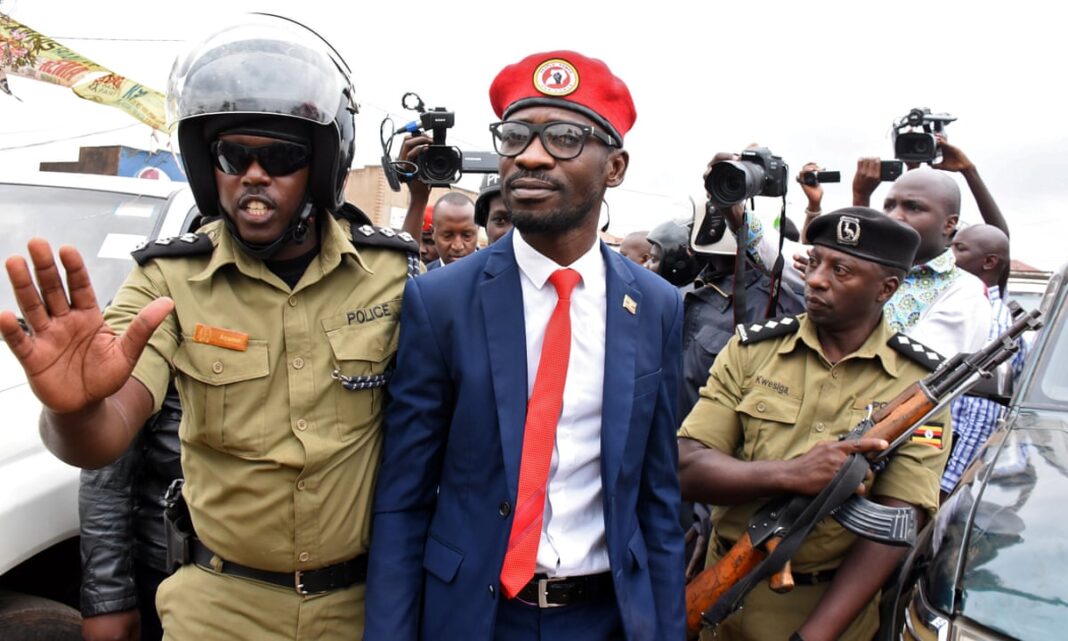 Protests have erupted in Uganda’s capital, Kampala, after police arrested presidential candidate Bobi Wine in the east of the country.

The musician-turned-opposition leader, said on Twitter on Wednesday police violently broke into his vehicle in the town of Luuka and took him into custody.

“The price of freedom is high but we shall certainly overcome,” the 38-year-old politician’s account said in one of the tweets.

Officials accused him of violating coronavirus restrictions while out campaigning for next year’s presidential election.

After news of the arrest reached the capital, Bobi Wine’s supporters blocked roads and burned tires, prompting police to fire tear gas and rubber bullets to disperse the protesters.

It was “total chaos” in the city, said the chairman of the Kampala City Traders Association, Evarest Kayongo. “The streets are empty … We have closed business because of tear gas and bullets,” he said.

“Bobi has been arrested this morning in Luuka town, but we do not know his whereabouts right now,” the politician’s brother, opposition activist Fred Nyanzi, told the dpa news agency.

“We have not been allowed to see him and we don’t know what is happening,” asserted Joel Ssenyonyi, the spokesman for Bobi Wine’s political party, the National Unity Platform.

Since expressing his intention to run in the election against long-ruling President Yoweri Museveni, Bobi Wine – whose real name is Robert Kyagulanyi – has been arrested multiple times.

He has won a large following, especially among young people in the East African country, where general elections are scheduled in January 2021.

Many young supporters say they are drawn to Bobi Wine by his criticism of Museveni’s government mingled in his lyrics. Others say that as a young leader, he is better positioned to tackle the challenges they face.

On the day he was nominated early this month, a squad of military and police personnel used metallic tools to break into his vehicle. He was subsequently detained briefly and police used tear gas to disperse his supporters.

In a statement issued before Bobi Wine’s detention on Wednesday, police had warned that presidential candidates would be arrested if they flouted guidelines limiting attendance at rallies to 200 people during the COVID-19 pandemic.

Bobi Museveni, who had the constitution amended twice to allow him to run a sixth time in 2021, is seeking another five-year term in the January polls.

He has faced escalating police harassment since announcing his intention to challenge Museveni, who seized power as the head of a rebel army in 1986.

His catchy songs about social justice, poverty and corruption have shaken the governing party and its ageing patriarch Museveni, who at 76 is the only president most Ugandans have known.