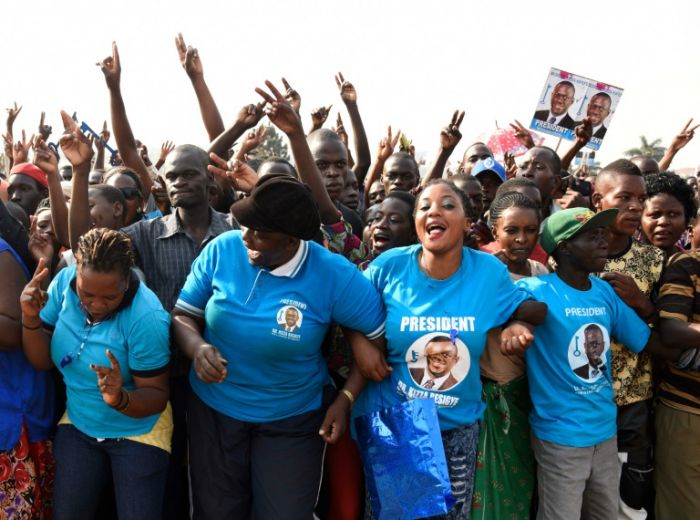 KAMPALA (HAN) August 20.2016. Public Diplomacy & Regional Security News. Opposition political parties and civil society organisations involved in electoral law advocacy are using the imminent expiry of the term of most of the current members of Uganda’s Electoral Commission to amplify demands for a more open appointing process of commissioners.

All but one of seven commissioners are due for retirement when their terms expire in November, without an option of renewal.

The Forum for Democratic Change (FDC), Uganda’s leading opposition political party, and the Citizens Coalition for Electoral Democracy (CCEDU), one of the leading civic awareness non-profit organisations, say the expiry of the Commission’s term presents the government with a perfect opportunity to adopt a more open and consultative recruitment process to redeem the image, independence and credibility of the electoral body.

A more consensual procedure, both FDC and CCEDU note, is one where the selection of Commissioners and other key EC staff results from an open application, public hearings and scrutiny conducted by the Judicial Service Commission. Those who come through this system would then be vetted by parliament and only upon the approval of those bodies will the president then officially appoint them.

But, Mr Kaheru adds, the appointing authority (the president) can still consult various stakeholders and this would cater for a level of public participation, which in turn would go a long way towards repairing how the EC is perceived.

“If the government is truly serious that this is kisanja hakuna mchezo [real changes not joking around] then a large section of Ugandans are going to want to see that demonstrated in how the government constitutes the Electoral Commission because of its importance to election outcomes, which they have consistently shown interest in,” said Mr Kaheru.

In 2015, the government said there wasn’t enough time before the 2016 elections to consider comprehensive electoral law reforms. Minister of Justice and Constitutional Affairs Kahinda Otafiire now says a major overhaul of the country’s 1995 Constitution is underway and is expected to cover electoral reform demands.

According to a survey by Afrobarometer released in June this year, 57 per cent of 2,400 adult Ugandans interviewed, either agreed or strongly agreed that the president should no longer appoint the EC Commissioners.