Home Ethiopia Uganda: Opportunities in Ethiopia and the main strategic Areas of Investment 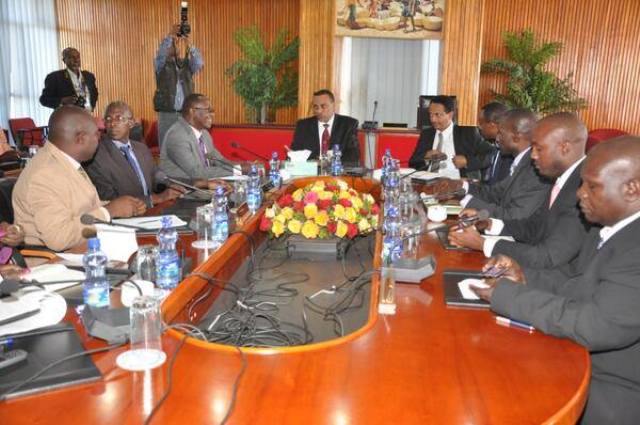 The State Minister welcomed the delegation which included representatives from companies involved in commercial farming, irrigation, trade, chemicals and cosmetics trade. He noted that Ethiopia and Uganda have a strong historical relationship and highlighted similarities, particularly cultural ones. He underlined that Ethiopia’s double digit growth was driven mainly by the agriculture sector.

The Director General of Ethiopian Investment Agency, Ato Fitsum Arega briefed the delegation about business opportunities in Ethiopia and the main strategic areas of investment under the Growth and Transformation Plan. He also explained the different investment incentives that the Government had introduced. State Minister Dewano encouraged Ugandan companies to invest in the various priority sectors such as textile, leather, construction, energy, metal, machinery building, hotel, tourism and hospitability businesses. He made it clear Ethiopia was ready to support the companies’ efforts to invest in trading opportunities in Ethiopia and emphasized that investments could play a major role in bringing the two countries closer.

The members of the delegation, who thanked the State Minister for their welcome, raised a number of questions with reference to their specific interests. The Ethiopian Chamber of Commerce has arranged for the delegation to meet with officials from the Ministry of Agriculture and with members of the private sector.