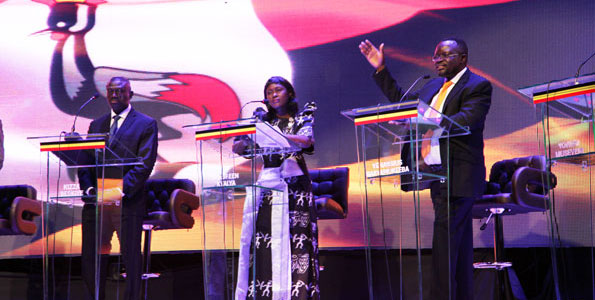 The General Election will be held on February 18.

“President Museveni made it clear that he can’t participate in the debate because of his tight campaign schedule and he has confirmed that he will not attend the second one because we are trying to beat the deadline. For example, people he hasn’t addressed are yearning to hear from him and he can’t disappoint them. So, he won’t be attending the debate,” Mutesi said.

Asked why Mr Museveni is shying away from debating his opponents to account for the three decades he has been in power, Mutesi argued that most of the questions have been asked by journalists and Ugandans and that answering the same questions during the debate would be a repetition.

Museveni who also snubbed the inaugural debate on January 15 dismissed it as a childish event that wasn’t worth his time. He also skipped debates in 2011, 2006 and 1996 when Uganda held its first-ever elections since Museveni had taken over power 10 years earlier.

The February 14 debate will focus on peace and security, foreign relations, East African integration, the Great Lakes region and terrorism.