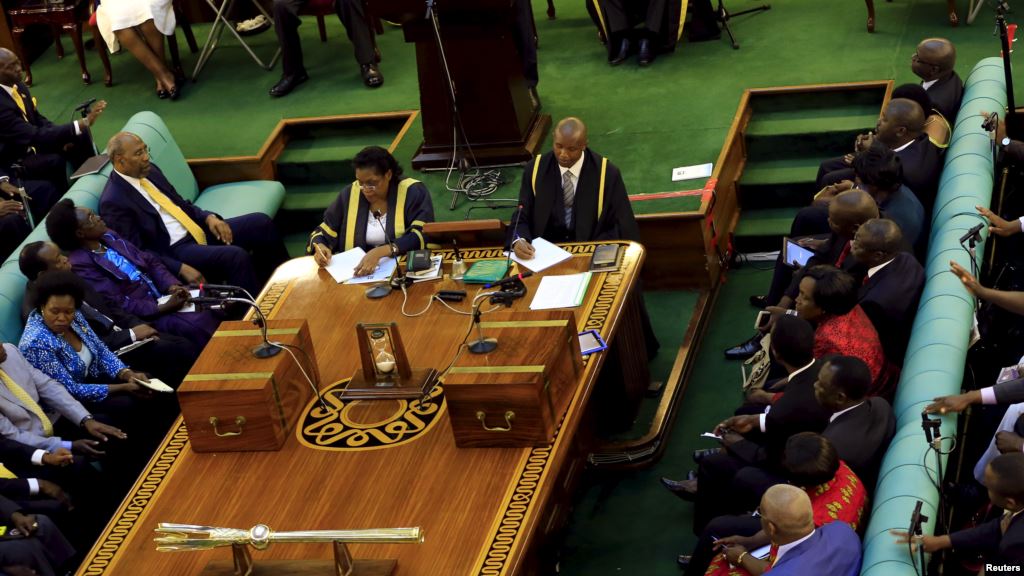 KAMPALA (HAN) August 11.2016. Public Diplomacy & Regional Security News.By NELSON WESONGA. Uganda’s Parliament, while expressing shock at the alleged mistreatment of some of its legislators in Kenya, has directed the Foreign Affairs ministry to protest to the neighbouring country.

This follows claims by two members of Parliament that when they travelled to Kenya recently, different Kenya Police staff stopped them – and demanded for money.

And, Parliament seemed to suggest – when it pointed out how Nigeria handled its diplomatic standoff with South Africa  – that Uganda could make it less pleasurable for Kenyans to travel through Uganda.

“If you read your passports, they say ‘this is to require, in the name of the President of Uganda, that you allow this person to move’. If they are objecting to our movement in their country, it is an insult to the President of the Republic of Uganda,” said the Speaker of Parliament Rebecca Kadaga.

“It is very serious. We cannot go on like this. We are directing the Ministry of Foreign Affairs to issue a diplomatic note immediately to the Government of Kenya.”

Earlier, Mbale Woman Representative Connie Galiwango told the House that when she travelled from Uganda to Kenya to attend her daughter’s wedding in the coastal Mombasa County, different Kenya Police traffic policemen at different roadblocks demanded for money from her.

When she said she would not pay, some of the policemen held her briefly whereas others threatened to lock her up.

“I do not see how the East African Community is helping Ugandans. When Kenyans come to Uganda, we treat them well. However, when we are in their country, they mistreat us. Our leaders have to address this issue otherwise the problem will persist,” Ms Galiwango said.

Usuk MP Peter Ogwang claimed he had to cut short a journey to Kenya after many policemen asked him for money.

“It is unfortunate that the other countries do not reciprocate,” Ms Nankabirwa said. “This matter is very serious. The Ministry of East African Community Affairs should object to the kind of treatment Kenya subjects Ugandans to.”

“When some Nigerian flew [from Nigeria] to South Africa and South Africa refused to allow them in because they did not have Yellow Fever [vaccination cards], the Nigerians flew back,” Mr Okupa said.

“When they arrived in Nigeria they reported the incident. And when [later] a South African Airways plane touched down at an airport in Nigeria, Nigerian customs officials said all South African passport holders should not alight from the plane unless they show HIV/AIDS status results.”

In March 2014, a prominent Kenyan Charles Njonjo argued that a referendum on East African unity is urgently required to properly legitimise the East African Community project among the people of all the current and proposed member countries.“Failure to do this will mean repeating the mistakes of the past,” Mr Njonjo, a former Attorney-General and Minister of Constitutional Affairs, argued in an opinion piece in The EastAfrican, a regional weekly.