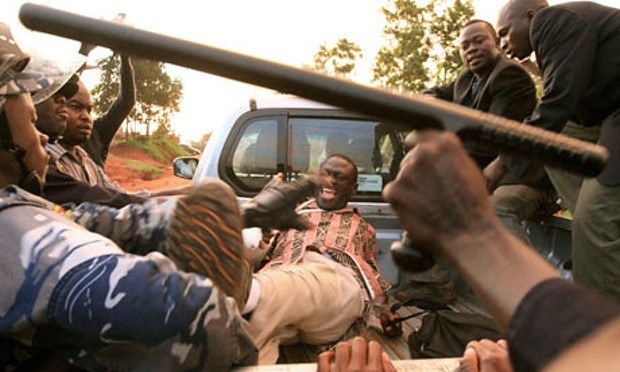 Has he entered without permission any foreign embassy?,  according to the police…..Yes, he entered a USA embassy without the permission of the Ugandan protocols, responded by Police radio.

Police arrested Kizza Besigye who is an FDC Party Presidential aspirant on Thursday morning ahead of a planned rally. Police claim he would disrupt the community. Besigye was due to launch his campaign for the position of FDC flag bearer in the outskirts of Kampala.

But police claim that Besigye was not following Police orders. Meanwhile he was also scheduled to visit the US Embassy in Uganda where he said he had a meeting.’