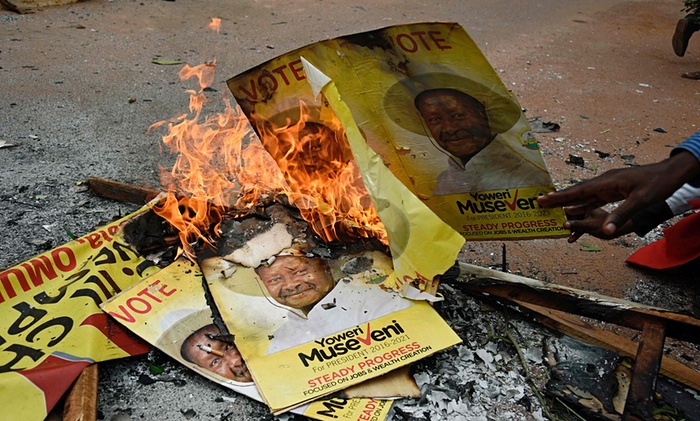 KAMPALA (HAN) February 17, 2016 – Public Diplomacy and Regional Stability Initiatives News. Fear of violence hangs over the Ugandan capital Kampala as the country heads to polls on Thursday to decide whether to re-elect as president a man who has held power for 30 years.

President Yoweri Museveni faces challenges from his former personal physician Kizza Besigye and Amama Mbabazi, his former prime minister. Five others, including a female candidate, are also in contention for the presidency.

But in a country with the traumatic legacy of the Idi Amin dictatorship and the civil war that propelled Museveni to power in 1986, the concerns of many voters were encapsulated by Sophie, a 21-year-old restaurant assistant in Kampala. Told by her boss that she needed to work on Thursday, which has been declared a national holiday, she said: “Oh, you want us to be teargassed or shot?”

The buildup to the election has been punctuated by repeated calls for peace during and after polling by political, security, religious, cultural and civil society leaders, as well as media organisations.

“We have noted with grave concern some of the animosities among the aspiring candidates from the different political parties in Uganda. If such situations are not handled with great care by all the key stakeholders in Uganda, we are all going to witness a politically motivated violence situation before or during or after the 2016 general elections,” said a newspaper advert published on Wednesday by the Acholi Religious Leaders Peace Initiative.

Fearing a repeat of the 2011 post-election violence, many Ugandans, especially in Kampala, are stocking up on groceries and dry rations.

Uganda is a regional power broker, with a history of military involvement in Rwanda, the Democratic Republic of the Congo, South Sudan and Somalia. The prospects for peace are at stake, but so is the enduring question of transitioning from a military establishment to truly civilian rule.

On Monday, violence broke out in parts of the capital after the police stopped Besigye, of the Forum for Democratic Change, from marching on the main road to scheduled rallies in the central business district. At least one person was killed, as police twice arrested Besigye and fired tear gas to disperse his supporters, who hit back with stones, and burned tyres and campaign posters of Museveni.