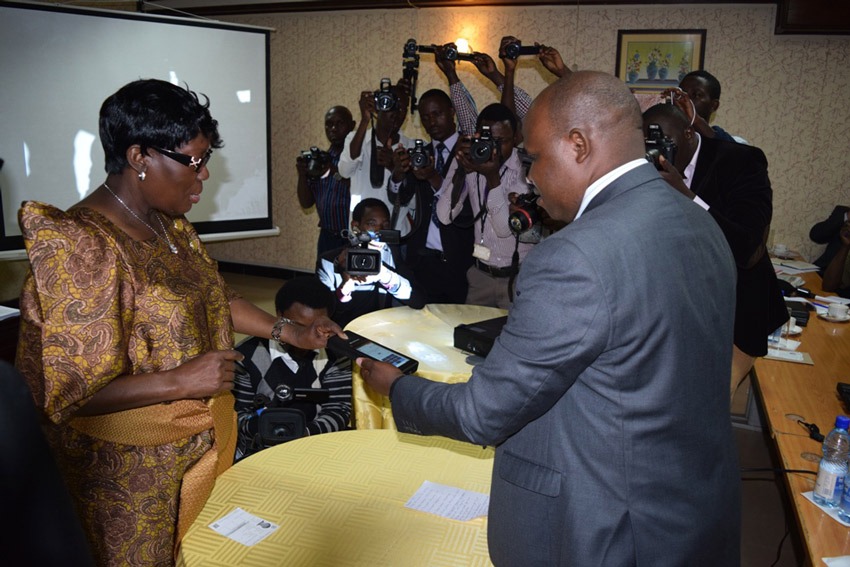 KAMPALA (HAN) January 27, 2016 – Public Diplomacy and Regional Stability Initiatives News. By: Benjamin Wafula. The Ugandan Electoral Commission (EC) has announced that it will use electronic systems in the forthcoming General Elections slated for February 18th, 2016. 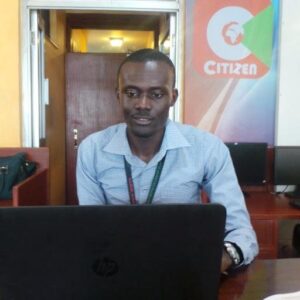 The commission will use a BiometricVoter Verification Kit (BVVK) during the voter verification process and use the Electronic Results Transmission and Dissemination System (ERTDS) to transmit presidential and parliamentary results.

BVVK is set to authenticate voters’ identify using fingerprints to match the details in the systems in order to improve the management and conduct of the elections, according to a statement by the EC.

“The system will enable the commission to ensure that only registered persons vote during the elections and that such persons (voters) do not vote more than once for the same election,” read a statement from the EC.

“It will also assist the voter to locate his or her polling station within the district.”

The commission stated that it held a demonstration of how the BVVS will work to leadership of parties in Uganda and presidential candidates for the forthcoming elections saying a public demonstration of the same will be held on January 30th in all districts.

The Commission also stated that it had acquired 32,334 machines to cater for the 28,010 polling stations in Uganda during the elections.

“Similarly, the training for our field staff on the sue of Biometric Voter Verification equipment has been going on at national and regional levels and will be concluded with the training of the presiding officer and the one polling assistant by the end of January.”

“The Electoral Commission, with funding from the Government of Uganda, has procured the ERTDS to transmit results of Presidential and Parliamentary Candidates after tallying from the Districts to the National Tallying Centre at Mandela National Stadium – Nambole,” read the statement in part.

The Commission further assures everyone that media reports alleging plots to tamper with the operations of BVVS and ERTDS with a view of sabotaging success of the Electoral process are only wishful thinking, because the systems are secured.

Elections for other positions will be held from February 26th to March 10th, 2016.

Ahead of the polls, the commission has also encouraged Ugandans to attend political rallies to familiarise themselves with the aspirants’ agenda for the county in order to make informed decisions.

Ugandans have also been urged to maintain peace during and after the elections.

Kenya was the first East African country to use Biometric Voter registration and verification systems and electronic transition of results which incurred observable failures.

The system failures were pointed out by the Coalition for Reforms and Democracy (CORD) as an intentional plan executed by the Independent Electoral and Boundaries Commission (IEBC) to rig the elections in favour of Jubilee’s Uhuru Kenyatta.

IEBC has since admitted to the failures experienced during the elections but denied the allegations of election rigging.