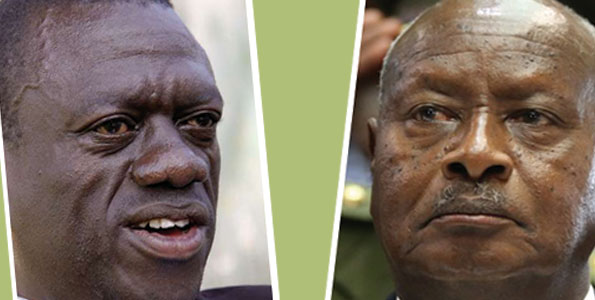 KAMPALA (HAN) March 6, 2016. Public Diplomacy & Regional Security News. Efforts are underway to get Uganda’s ruling NRM party and the opposition Forum for Democratic Change to contribute to a minimum agenda for dialogue to resolve the tension in the aftermath of the February 18 General Election.

The Elders Forum and the Inter-Religious Council of Uganda, who organised the first televised presidential debate in Uganda, are leading the effort, together with the Uganda Women’s Situation Room (WSR), a platform for women whose aim is to provide early warning and rapid response mechanisms against election related violence or conflict.

On Thursday, March 3, a team from these organisations was scheduled to meet with officials of the FDC a day after the party issued four demands it says are critical to resolve the current standoff.

“FDC has not closed the door to dialogue. So we want to hear from them what sort of dialogue they are committed to and what form they would like it to take so that we can begin to draw up an agenda. We are also meant to meet with the president but we were informed he is away. Once he returns it will be possible to meet with them as well,” said a member of the opposition party.

“You see, this impasse is interesting because both sides are unhappy with the final results. Each side feels they got more than what was declared for them. So we would like to hear their main issues and work on an agenda,” the member added.

Dr Besigye immediately rejected the outcome on February 20 when the result was first announced. And, in a statement last weekend, President Museveni said his tally should be higher and that he had won by about 65 per cent.

After failing to file a petition over the February 18 results poll on March 1, the FDC issued four demands it says promise a more peaceful solution to the current political impasse.

The party demanded: An independent audit of the presidential election results; unfettered movements of its top leadership, especially former presidential candidate Dr Kizza Besigye, immediate removal of the police, army and all other security forces from the party headquarters, and an unconditional release of its supporters nationwide.

Party president Maj Gen Mugisha Muntu blamed the failure to meet the 10-day timeline within which to mount a legal challenge on “deliberate actions” the government took against the party.

“The National Resistance Movement led by candidate Yoweri Kaguta Museveni, through misuse of the army and police has broken into our party headquarters offices several times, laid siege on our premises, harassed our leaders and staff, arrested over 300 party members most of them polling agents countrywide,” Gen Muntu told reporters on Wednesday.

“It has arrested our presidential candidate Dr Kizza Besigye nine times in eleven days, denied him entry and exit from his own residence, denied him free access to his lawyers and persistently blocked him from coming to the party headquarters and therefore free access to the party leadership. All these deliberate actions severely curtailed our efforts to seek justice through a court petition within the 10 restrictive days as provided in the law,” he added.

On the same day, Dr Besigye told the BBC from his home, which he has left only once since February 21, that if the government turns a deaf ear to the party’s demands, “then we shall take our own steps to make sure that we protect the mandate that our people have given us by getting them not to co-operate with the government.”

Dr Arthur Bainomugisha, a peace and conflict resolution specialist at Makerere University, says the demands might achieve little:
“Both parties have taken hard positions [on the outcome of the elections] and so demands might not work. FDC might continue to issue them and the government might choose to focus on tightening its position instead,” he said.

“A third party is needed to facilitate engagement of both sides and I cannot think of a better third party than the elders forum and religious leaders because they command a high moral ground. They recently managed to bring all the candidates on one platform to debate amongst themselves.

“They now need to be more proactive and initiate shuttle diplomacy to both camps. It could be telephone calls then strategic meetings with all key constituencies as the first steps towards a more inclusive and comprehensive dialogue on the issues considered to be most important,” added Dr Bainomugisha, who heads policy think tank Advocates Coalition for Development and Environment.