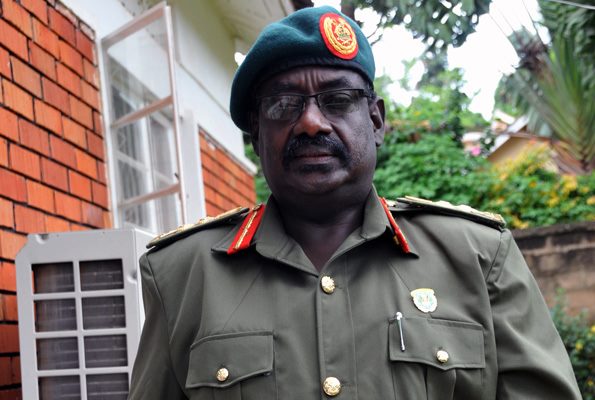 A landmark national conference on electoral reforms is expected to start today in Kampala, amidst uncertainty over whether the government will allow it to take place for all the scheduled three days.

General David Sejusa claims he has information that the government is considering sabotaging it. In the run-up to the November 24-26 conference, key organisers were over the weekend involved in frantic last minute preparations and meetings for an event that is expected to attract thousands of people.

Sources told The Observer that some members of the ruling NRM party, whose spokesperson says is not keen on the conference, were also making last-ditch plans to sabotage a meeting that could give the opposition a shot in the arm ahead of the 2016 general elections.

The organising committee of the national conference on free and fair elections, comprising of civil society activists and opposition politicians, had invited President Museveni to open the convention and Parliament Speaker Rebecca Kadaga to close it in a bid to make the government feel comfortable and part of the proposed reforms.

However, by press time, the organisers could not confirm whether the two senior NRM leaders would attend. Instead, as the executive director of the Uganda Media Centre and NRM deputy spokesperson, Ofwono Opondo, told The Observer, the ruling party does not want anything to do with the conference.

Despite the NRM’s tough stand, the head of the secretariat of the National Consultation (NC) on free and fair elections in Uganda, Godber Tumushabe, said it would offer an opportunity for the ruling party, civil society and the opposition to find a middle ground on contentious political issues.

“The entire spirit of the consultation is to bring all of us together because we think that people who don’t agree politically, when we sit together, we can agree on the way forward for Uganda because we want a peaceful transition,” he said.

The build-up to the conference has taken several months, during which civil society activists and opposition politicians have traversed the country to popularise electoral reform proposals that they say will make the 2016 general elections much fairer and freer than previous polls. However, during those tours, the politicians and activists have endured often-violent confrontations and clashes with security agencies over the legitimacy of their meetings.

Key opposition figures such as three-time presidential candidate Kizza Besigye and UPC boss Olara Otunnu have said that without meaningful electoral reforms, they will boycott the 2016 general elections.

Just like the nationwide consultative meetings, the national conference has been hit by threats of sabotage. On Thursday, the renegade coordinator of intelligence services, Gen David Sejusa, sent out a document saying he had received information about different plots by the government to sabotage the meeting.

Saying that he had distributed the document to all political party leaders, Sejusa, who is now in exile and heads the Free Uganda pressure group, said the organisers needed to have “contingency plans” in case the plans to foil the meeting were to be executed. He claimed there were three divided opinions on the conference; the first is by officials who say the government should allow the conference to take place without state/NRM involvement.

“They argue that the president and speaker should ignore the invitations and government should wait for the outcome before it takes a position on the outcome. This is led by two veteran Movement leaders and a few lightweights in government,” Sejusa notes.

The second group, according to Sejusa, is pushing the line that government allows the conference to take place but infiltrate it with government activists who can legitimately attend it from the regions as representatives.

“This group too discourages any direct participation by any government official. But they are willing to compromise on junior representation from government. The intention is to sabotage the process and neutralise any radical views that may be proposed,” he notes

The third group is reportedly bent on stopping the conference outright. Sejusa says their reasoning is that allowing it to take place would be to give a platform to opposition groups and a head start in their 2016 efforts and would legitimise the subsequent leadership that may be chosen during the conference.

“They reason that it will re-focus the opposition efforts and give them a unified national appeal. This is the line favoured by the fringe lobby who control things in Uganda these days and it is, therefore, likely to carry the day,” he notes.

According to Sejusa, those opposed to the conference plan to “stage terror acts, cause general scare as the so-called perpetrators are arrested and divert people’s attention from the conference and cause mayhem.”

Before Sejusa sent his dossier, The Observer had separately learnt that some ruling party officials had spoken to the senior citizens invited for the conference in an attempt to dissuade them from attending and giving it legitimacy. On November 14, The Observer reported that the conference convenors had invited respected figures to steer the conference.

Spirit of the conference

The organisers of the national convention say they have convened it in the spirit of the of the 1961 Lancaster conference in the United Kingdom or the 1979 Moshi conference, which sought to solve Uganda’s problems of the day when the country was at crossroads.

Among the proposals that the conference may consider are overhauling the current Electoral Commission, demilitarising the electoral process, adoption of rules to prevent misuse of public funds at election time, and scrapping of affirmative action. The proposals agreed upon at the national conference are supposed to be submitted to the government by the end of this month, according to a fresh deadline from Justice and Constitutional Affairs Minister Kahinda Otafiire.

However, some opposition politicians are also not sold on the idea of the reforms push. The president of the Uganda Federal Alliance (UFA) party, Beti Olive Kamya, said she believes that to the government, the electoral reforms are a public relations exercise.

“It’s a PR exercise because government will not concede everything that will make this Constitution a truly democratic Constitution,” Kamya said on the Capital Gang talk show on Saturday.

“For the opposition and civil society, they are being very naive to think that government will amend the Constitution to their satisfaction. There will be small concessions like on affirmative action, but on the key things that democratise this Constitution, that reduce the powers of the presidency, there will be no concessions.”

Kamya believes the destiny of electoral reforms should have been directly put in the hands of Ugandans through a national referendum. However, the retired assistant bishop of Kampala, who last week warned that the government needs to listen to its citizenry of all political leanings to avert bloodshed (See: NRM setting Uganda up for violence – Bishop Zac), believes in the activities that have culminated in the conference. He told The Observer it would be a great opportunity missed if President Museveni skipped the conference.

Niringiye said the conference offers Museveni and his arch-rival Besigye, as well as different opposition figures, a chance to meet and start dialogue on the future of Uganda.