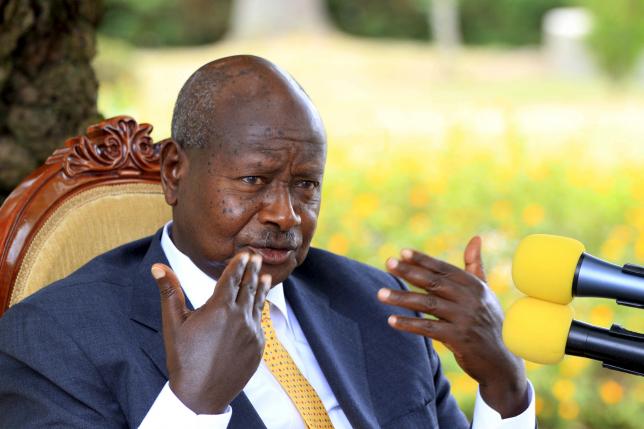 The protest’s flop was widely expected in a country where grinding poverty is pervasive, though it also underscored the tough choices facing Museveni’s opponents as they seek to thwart an election victory they say was secured fraudulently.

“Museveni is my worst enemy,” Herbert Tumusiime, a porter at a construction site in Kampala told Reuters. “I am ready to help whoever is fighting him. But if I don’t turn up for work even one day, I will be fired.”

Uganda’s electoral commission declared Museveni – in power since 1986 – the winner of the Feb. 18 poll after taking 60 percent of the votes.

The integrity of the election, however, was heavily criticized by monitors from the European Union (EU) who pointed to an “intimidating atmosphere” orchestrated by state actors.

They cited other irregularities including voter bribery and delayed voting and also criticized the electoral body which they said lacked transparency and independence.

Early this week Forum for Democratic Change (FDC) the party of Museveni’s main opposition rival, Kizza Besigye, asked its supporters to stay at home every Thursday to undermine Museveni’s government.

Besigye came second with 35 percent of the vote but he rejected the results and described the election as a sham.

He has been under virtual house arrest since polling day and has been detained each time he has attempted to leave.

“We’re calling on Ugandans to stay home every Thursday,” FDC spokesperson Semujju Nganda said. “It’s to show solidarity with our leader but also non-cooperation and boycott of the regime.”

In Kampala, there was little sign of a positive response to that entreaty, with most businesses running normally.

Heavy security deployments have also been maintained in parts of Kampala since election day.

Protests in Uganda are rarely permitted, most of them dispersed with teargas, gunfire, beatings and arrests.

Gerald Karuhanga, an independent legislator and Museveni critic told Reuters a stay-at-home economic boycott was an inappropriate and ineffective protest tool in a country where most youths already are unemployed and stay home.

“People live on the edge. An economic boycott? They have no economic means to boycott with.”