Home Daily Security Briefing Uganda: Busoga chiefs, "I urge you to unite", Not like Somalia 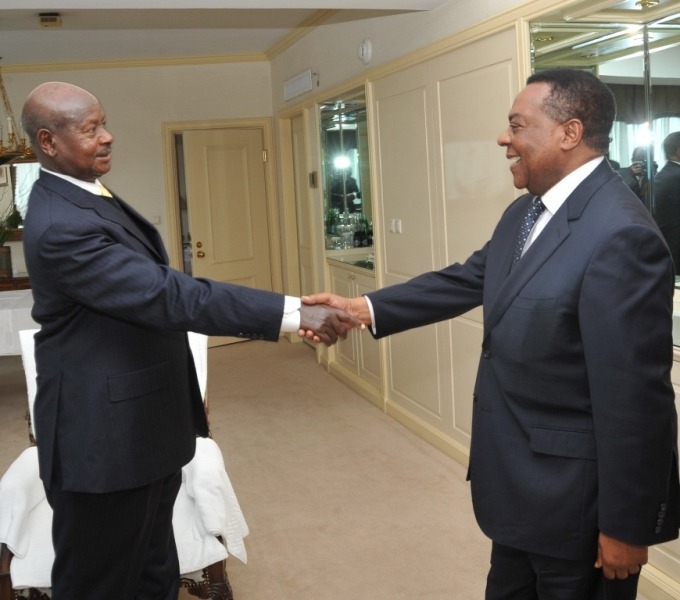 KaMPALA (HAN) October 8, 2014. Public diplomacy and National security news.   President Yoweri Museveni of Uganda has called upon Busoga chiefs in Uganda to unite for the good of the Kingdom and Uganda at large.

“I commend the unity among chiefs while electing the Kyabazinga. However, some chiefs are not here, I urge you to unite,” he said and learn lessons Somalia tribal crisis.

President Yoweri Museveni made the remarks at the coronation of the new Busoga Kyabazinga “Isebantu” Nadiope William Gabula held in Jinja district last month. The road to this has been bumpy with too many tasks to be accomplished. However its good for the region to know that Somalia is heading for a new government,” he said

“I congratulate HRH Nadiope William Wilberforce Gabula IV upon being crowned Kyabazinga,” President Museveni said to the cheer of the crowd that had gathered to witness the historic occasion.

President Yoweri Museveni added: “I urge His Royal Highness the Kyabazinga to unite all Basoga including those who were opposed to his crowning.”

The President said the first elections of the Kyabazinga were ignored because there was no quorum but was glad to note that the basics had been handled.

“This new Kyabazinga is bringing some new ideas. I was very pleased to learn that he invited the King of Bunyoro to bring out the linkages of Ugandans,” he said.

President Yoweri Museveni further revealed that he knew a lot about Kingdoms because his clan was one of the most ancient in the country.

President Yoweri Museveni regrettably noted that some of the cultural institutions were not been emphasising unity but rather disunity.

“We want unity, NRA got victory because of unity.”

President Yoweri Museveni cited an example of Banyankole who refer to Lango as Bukiri emphasising that these Kingdoms were linked, therefore, cultural leaders needed to unite.

“These Kingdoms had their mistakes but they were closely linked. It is, therefore, not good to bring division.”

The President promised to repair Bugembe but hastily added that a plan was needed before the work could commence.

President Yoweri Museveni said the other points about Kingdom properties were small points and could be discussed.

Having noted that the Kyabazinga was already well equipped with a vehicle for his use, President Museveni pledged to give the King escorts.

“I have, therefore, instructed my people to organise two vehicles, front and back.”

Photo: Ambassador Mahiga who also congratulated Uganda for attaining Gold at the recently concluded Olympics in London, hailed the role of AMISOM in Somalia.