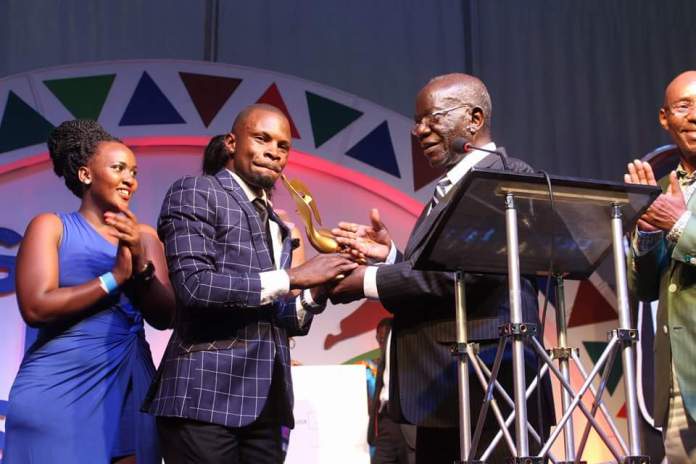 Share on Facebook
Tweet on Twitter
KAMPALA (HAN) September 3.2016. Public Diplomacy & Regional Security News. By Bamuturaki Musinguzi. The just ended 2016 Uganda Film Festival did not disappoint as several films were awarded for excellence under the theme “Promoting Culture Through Film.”
Hosted by the Uganda Communications Commission since 2013, this annual festival brings together local and international filmmakers, producers, distributors, investors, regulators, policy makers and academia, to address emerging issues in the industry.
The panel of judges, however, observed that the festival needs to open up to the continent and the diaspora in order to improve the industry’s competitive edge.
“Ugandan filmmakers cannot afford to be insulated and isolated in the global context of the cultural industry,” said Dr Dominic Dipio, herself a producer. “Well-made films could be the best windows for the rest of the world, to have an experience of the country and its peoples at a glance. It is for this that Ugandan filmmakers should strive to become excellent artists and filmmakers above anything else. Then the rest will follow.”
Speaking at the Awards Gala night at the Kampala Serena Hotel on August 26, Sr Dr Dipio noted: “Although the films must bear the brand of the cultures they are constructed from, they must be able to bear the weight of the human story that will make them accessible and resonate with the rest of the world. Good movies are always “global.’”
In a statement, the judges observed that the Ugandan film industry has come a long way, and that the festival has given it visibility that is also credible.
While every year there are an increased number of films entered in competitions, this year’s award-winning films were selected from over 200 films, up from the 132 films entered in 2015.
The jury observed that both the Uganda Communications Commission (UCC) and filmmakers have made admirable efforts to implement some of the observations made over the years. This points to the keenness of the industry players to learn and to grow.
“What makes a film memorable and impactful is its story. A good story is a human story even if it is situated in the context of a specific culture. The Uganda film stories have been effortlessly borderless in their appeals. This is an observation made during the first festival and it has continued to be a commendable strength.”
The judges also noted that cinematography and production design have progressively improved, making Ugandan films more competitive.
Sound has been a perennial challenge but now there are indications that filmmakers are becoming increasingly aware of sound as an important component of film language.
Nonetheless, it was noted that more time and creativity needs to be invested in original scores to give the films a long shelf life.