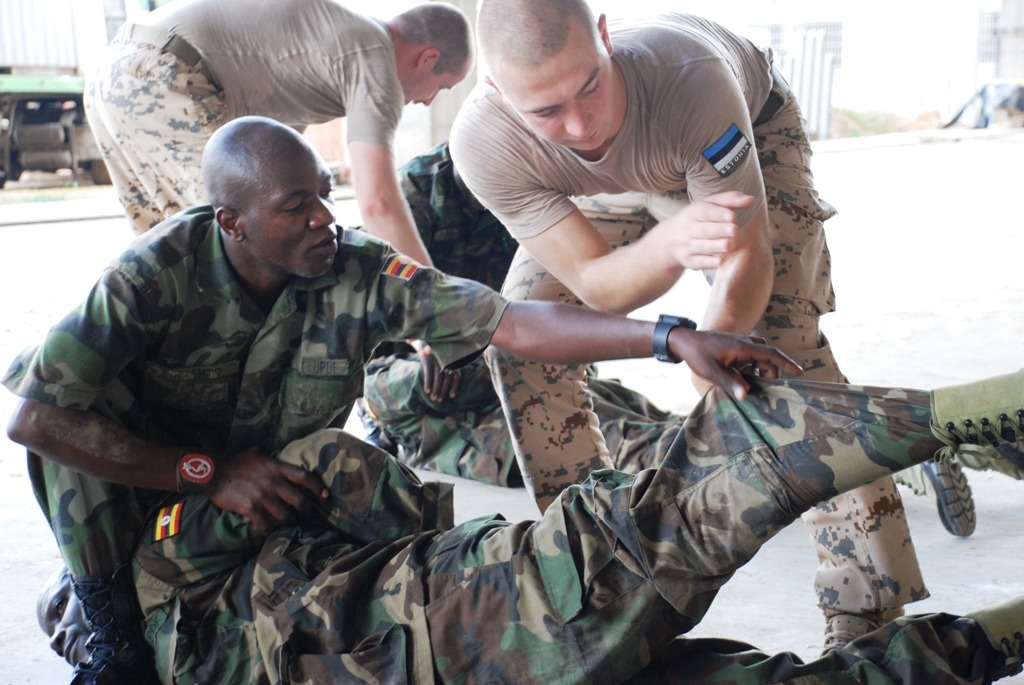 The Africa Union Mission in Somalia would like to clarify that Colonel Ali Aden Houmed is not a spokesperson for AMISOM.

AMISOM therefore disassociates itself from any statements issued by Colonel Ali Aden Houmed and further advises that such statements be regarded as his own personal view and at no time should they be seen as AMISOM’s position.

All enquiries regarding AMISOM must be directed to Eloi Yao whose contacts are below.
For more information, please contact; Eloi Yao, AMISOM Spokesperson,

Meanwhile (Similar tactics) : In July 2014, Somalia Security chiefs sacked after  Al-Shabaab attacks Villa Somalia again. The militants launched a two-pronged attack on the presidential complex, police said, setting off a large bomb at the rear of the compound and then storming in via another entrance. The attack came shortly after the start of iftar, when Muslims end the day’s Ramadan fast.

President Hassan, who was not in the complex at the time of the attack, delivered a defiant message from Villa Somalia, saying “The attack failed”.

“Terrorists can make as many claims and threats on the internet as they want,” he said. “I say to them, you will not kill us and nor will you demolish our spirit.”