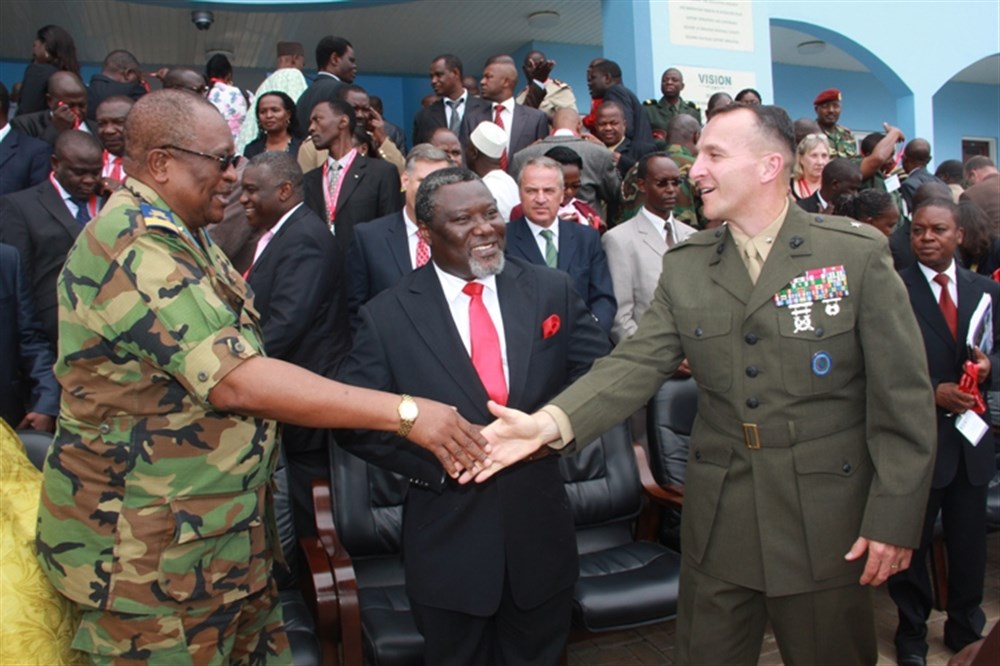 Kampala (HAN) July 20, 2014 – East African defense and security news. The Eastern African community region, including Uganda will be ready to deploy a 5,000 strong standby force by the end of 2014, the Uganda Maj. General Francis Okello said.

The The Eastern African community forces will be comprised of troops from Uganda, Kenya, Rwanda, Burundi, Sudan, Ethiopia, Djibouti, Somalia, Seychelles and Comoros.

TAccording to Geeska Afrika Online observations, there are Other Eastern Africa countries not yet joined the efforts to build the Eastern Africa standby force (EASF) that will be comprised of the military, police and civilian components. Maj. General Francis Okello, the commandant of Uganda rapid deployment capability centre, said the force which will be one battalion strong backed by tank units, will be ready for deployment by December, one year before the African Union (AU) deadline.  African leaders resolved to establish Africa standby force during the AU summit in Addis Ababa in 2004.

The leaders from five African regions – Eastern, Western, Central, Southern and Northern Africa were tasked to establish five standby regional forces by December 2015 to form Africa standby force.
Military chiefs from Eastern Africa have held a series of capacity building trainings for the soldiers, police and civilians since the eastern regional counties launched the process of building a standby force.
The civilian component of the force will mainly be handing the post conflict situations.

If this force was ready it would have been the one deployed in South Sudan and Somalia now.

But the idea to build the Eastern Africa standby force (EASF) is not yet lost, Francis Okello concluded his remarks.

Photo: Representatives from 16 African nations and the United States, including senior government officials, public health professionals, and military officers, came together August 27-31, 2012, at the Kofi Annan International Peacekeeping Training Centre in Accra, Ghana, for the largest pandemic conference ever conducted among African nations.

“Global pandemics are not simply a health, social, or economic matter, but it is also a national security concern,” said Chiarotti. “Regionally, it also has strategic implications. Political will and leadership are the two main elements essential for planning, preparing and responding to mitigate and recover from a severe pandemic that is beyond the capabilities of a nation’s Ministry of Health.”

In regional Africa sessions such as Eastern Africa countries, participants discussed the establishment of a regional disaster management technical capability and the development of regional stockpiles of disaster response equipment and supplies to supplement national stockpiles. They also developed work plans for each region.