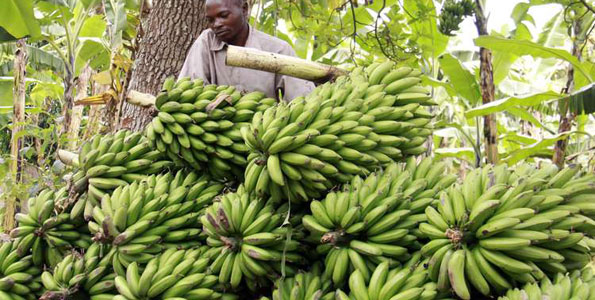 The African Development Bank will become the single largest donor for Uganda’s agriculture sector, when it releases $195 million for two projects.

But experts are not convinced that this funding will yield the expected results unless there is improved policy co-ordination and implementation by government agencies.

The AfDB announced during a Feed Africa Strategy meeting in Kampala recently that it will partner with the government and the private sector to increase investment in agricultural productivity, value addition and value chains development, including marketing and branding of homegrown products.

The Bank said $110 million will be used to support the Agriculture Value Chains Development project, which is at the appraisal stage, while the remainder will fund the Agriculture Infrastructure Development Programme – still at identification stage.

Being rolled out
The Feed Africa Strategy is a $24 billion, 10-year investment plan that is being rolled out across Africa to transform the agriculture sector by 2025.

The money from the AfDB is $34 million shy of the $229 million that Uganda government allocated to the agriculture sector in the 2016/17 budget. The share of the budget that the Uganda government allocated to agriculture is way below the African Union’s 2003 Maputo Declaration — that called for 10 per cent allocation of the total budget to the sector — and the revised 2015 Malabo Declaration on accelerated agricultural growth and transformation.

But Dr Joseph Muvawala, executive director of the National Planning Authority, said the argument about percentages is misguided, adding that focus should be on increased co-ordination and what to do with the available resources.

“Agriculture is a private enterprise. Public resources must only come in to help people to invest. This year, agriculture got an additional Ush400 billion ($111.2 million). What does it matter whether the allocation is one per cent or 10 per cent, if technical people in these agencies can’t justify its use? The basis of receiving money is cost-benefit,” he said.

AfDB’s director for agriculture and agro-industry Dr Chiji Ojukwu said that, under its Feed Africa Strategy, the Bank intends to increase lending to agribusiness to $2.4 billion annually for the next 10 years — a figure that puts the sector second to energy on the list of the five priority sectors for funding advocated by its president Akinwumi Adesina.

AfDB data shows that Africa imported food worth $35 billion in 2015, and this is projected to rise to over $110 billion by 2025 — if the continent does not reverse the trend of being a net food importer.

While this scenario is sobering, experts say it also presents an opportunity — it shows there is a an existing market on the continent, and with demand for food set to increase due to factors like population growth and urbanisation, enabling Africa to produce food to be consumed by its population is a double winner as it ensures food security and income growth.

AfDB argues that private sector capital is required to help the transformation of selected value chains. For instance, the Bank projects that between 2015 and 2025, the resources required to transform 18 selected value chains will cost an estimated $315-400 billion – again, a figure that exceeds funds available from the public sector. But this money is expected to open markets worth $85 billion per annum over the same period.

During the Kampala discussions, Beatrice Byarugaba, director of agriculture extension services at the Ministry of Agriculture, cited low extension services coverage (one extension worker for 2,000 farmers) and low fertiliser usage (2kg per hectare compared with a 50kg average for sub-Saharan Africa) as among the issues that are not given due attention.

Perhaps speaking for most Ugandan farmers, former agriculture minister and now chairperson of the Uganda Agribusiness Alliance Victoria Ssekitoleko, asked the AfDB to work directly with the private sector through their existing institutions like the Agriculture Finance Platform because most farmers are deterred by the rigorous demands of financial institutions.