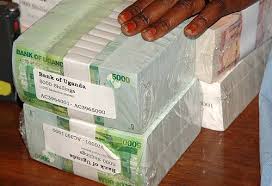 KAMPALA (HAN) April 27, 2015 – Public Diplomacy and Regional Investment News. The Ugandan shilling was stable on Monday amid sluggish trade and was expected to remain rangebound on the back of local currency liquidity tightness.

“Corporate appetite for the greenback is scarce…the shilling is keeping a stable tone for now,” said Faisal Bukenya, head of market making at Barclays Bank.

The shilling is 7.5 percent weaker against the greenback so far this year and traders say its overall outlook is likely to remain bearish in the coming months as investors fret over Uganda’s deteriorating current account deficit.

Jitters over a possible surge in public spending ahead of next year’s presidential elections are also eroding the market’s confidence in the local currency.

Stephen Kaboyo of Alpha Capital Partners said the shilling was likely to trade stable “with some support likely to come from end-month inflows, in a market that is still characterized by shilling tightness.”