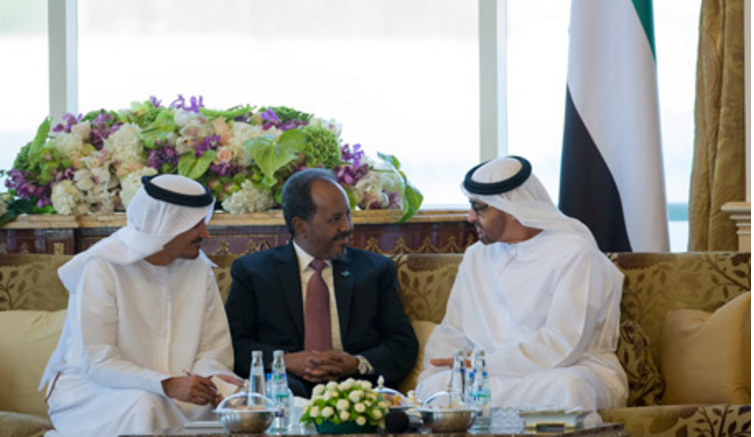 The Crown Prince of Abu Dhabi welcomed the Somali president and his accompanying delegation. They discussed ways to strengthen the existing fraternal relations between the two countries and peoples in various fields to serve the common interests.

During the meeting, the two parties also reviewed areas of co-operation between the two countries in economic, developmental, political and security aspects, as well as the projects offered by the UAE to support the Somali people in rebuilding their national and social institutions, and to achieve their aspirations in the construction, development and stability.

The Somali president briefed Sheikh Mohamed on the developments in the Somali arena, and the efforts of the government to fight terrorism and eliminate it in order to lay the foundations of stability and peace in Somali territory. 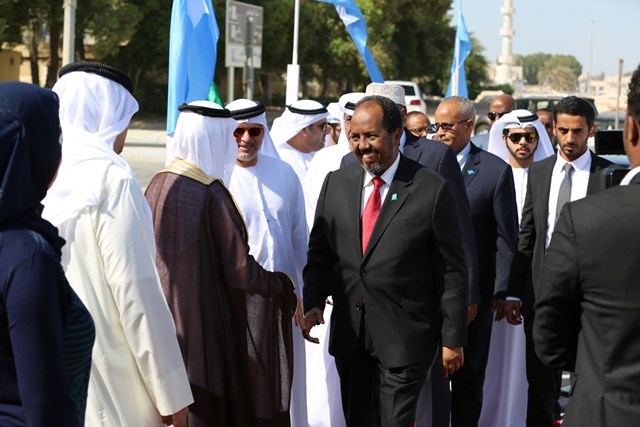 Sheikh Mohamed bin Zayed stressed that the UAE, led by President His Highness Sheikh Khalifa bin Zayed Al Nahyan, backs the Somali people to ensure the security, stability, construction and development. He wished for Somalia and its people all the best and progress in peace-building and the promotion of security and stability.

The Somali president expressed his appreciation for the efforts undertaken by the UAE in Somalia, citing the humanitarian, development and economic assistance, which benefited the people of Somalia, and contributed significantly to the restoration of normalcy to most areas in Somalia. He added that the assistance also boosted the security and stability in the country and helped the Somali government, especially in the fight against extremism and terrorism.

They also discussed the latest regional and international developments as well as issues of common concern.