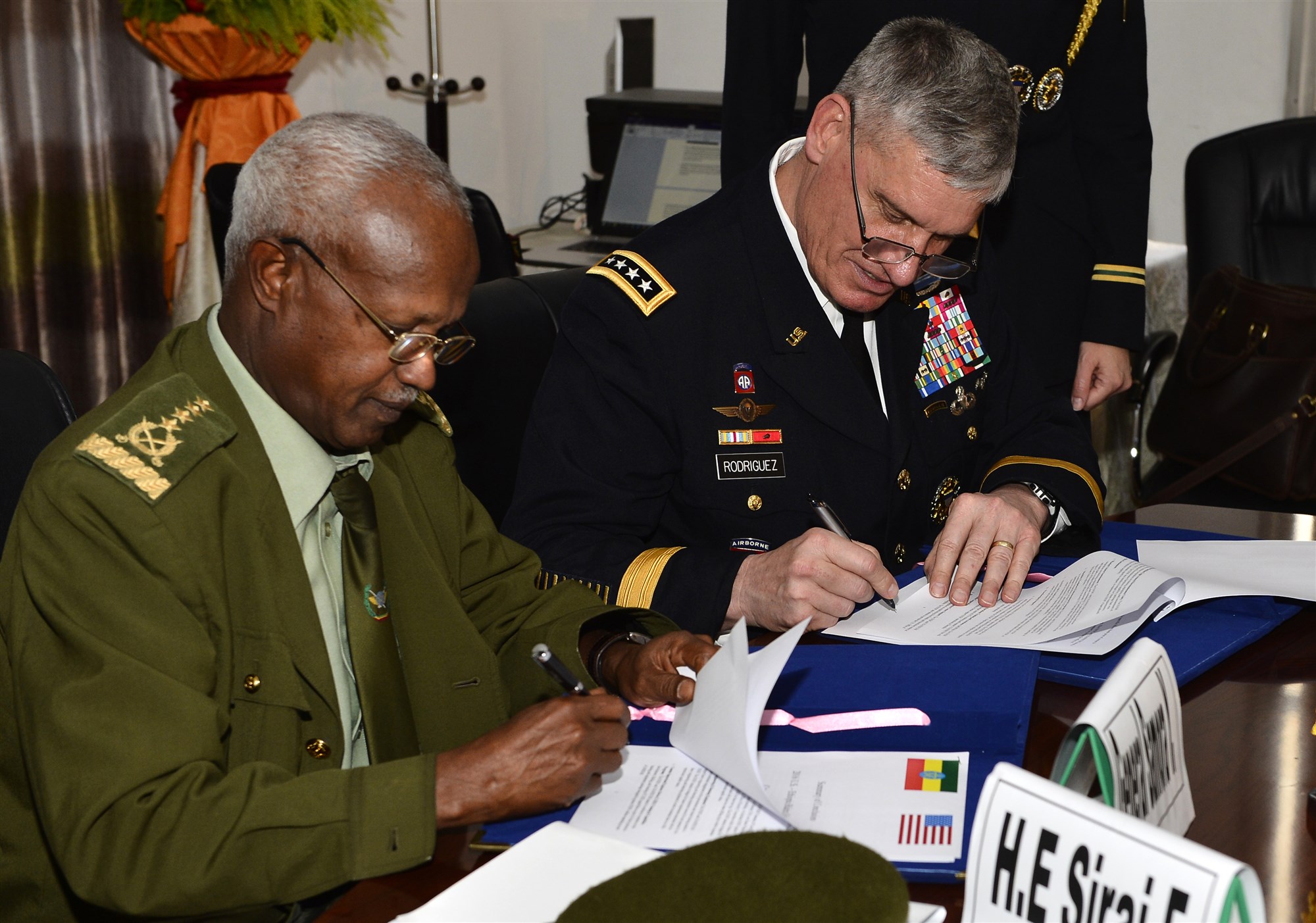 After a brief coffee ceremony, Minister Siraj opened the meeting by reaffirming Ethiopia’s commitment to securing a safer East African region and continuing its partnership with the U.S. for years to come.

“I look forward to continuing the close cooperation of our two defense forces. I have no doubts that we will turn that into a truly successful endeavor,” said Siraj. “We have worked together for over 100 years, and I know this will continue with lasting success and friendship between us.”

Dory echoed the importance of a long-lasting partnership and bilateral support between the U.S. and Ethiopia.

“Ethiopia’s continued commitment to supporting the African Union Mission in Somalia (AMISOM) and their unwavering support to the United Nations Peace Operations goes to show just how progressive and strong Ethiopia is,” said Dory. “Neutralizing Al-Shabaab is a high priority for both the U.S. and Ethiopia, and working together plays a key role in peace and security.”

“We remain strongly committed to supporting AMISOM and its efforts in Somalia,” said Rodriguez. “Key to these efforts is the resumption of the AMISOM offensive Operation Juba Corridor (OJC).”

OJC is aimed at further degrading the Al-Shabaab violent extremist organization by removing them from their strong holds in multiple regions of Somalia. Since the start of OJC, the ENDF and other AMISOM forces have recovered major towns and villages in Somalia.

“Support between the Ethiopians and the U.S. will continue to be broad ranging, and will include equipment, training, advisory support, information sharing, and logistics support,” said Rodriguez. “We will also continue to look for new opportunities where the U.S. can leverage additional resources to boost AMISOM capabilities.”