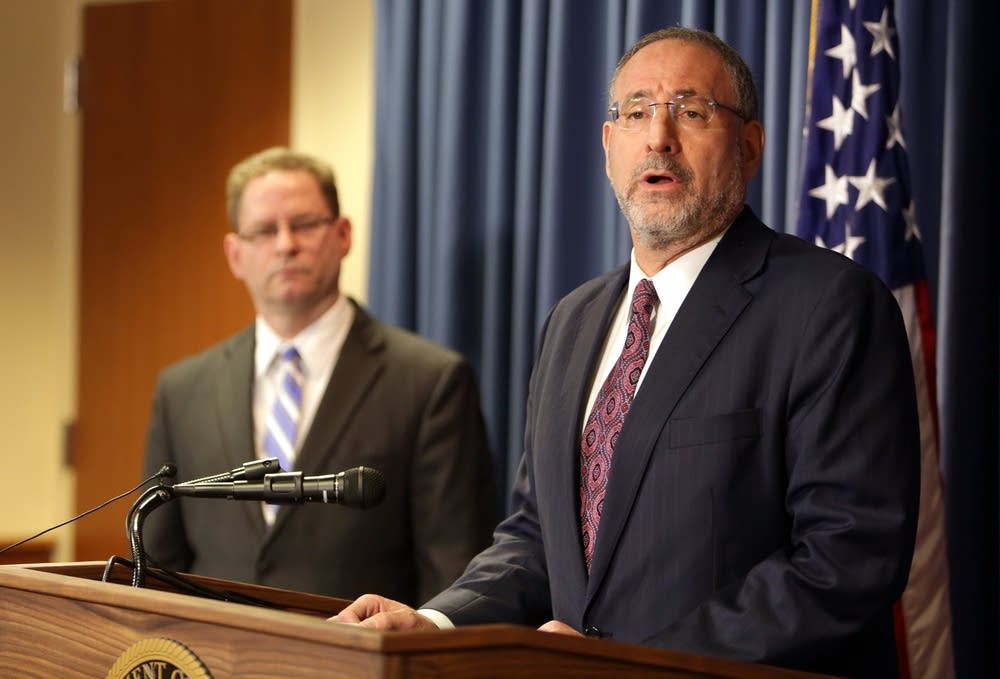 United States Attorney Andrew Luger sent a letter to Ilhan Omar, who is on the brink of becoming the nation’s first Somali-American legislator, denying a TV report that he was investigating her for immigration fraud.

By 6 p.m. Monday, the report saying that Omar was under investigation had been removed from the website of Fox 9, which first aired the report. A scaled-down version of the report was posted later on the site.

Omar, who won a hard-fought DFL primary in Minneapolis, has faced questions about her marriages since winning the Aug. 9 primary. She defeated two tough opponents, including Rep. Phyllis Kahn, who is tied for longest-serving House member in state history.
A report from a conservative website alleged that Omar was married to two men at the same time and that she married her second husband to help him with his immigration status. There was also speculation that one of the two was her brother. 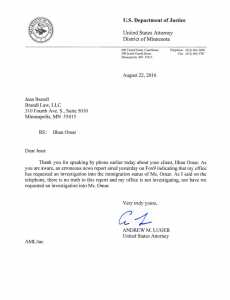 Last week, Omar released a statement attempting to clear up the confusion, saying she had an Islamic marriage to her current husband in 2002, then left him for another man she legally married in 2009. That marriage broke up, and Omar and that man are in the process of getting a divorce, she said. Omar said she reunited with her first husband, with whom she has three children, in 2011.

She was never married to more than one man at a time, and she did not marry her brother, Omar said in statements last week.

The Fox 9 report did not cite specific sources regarding the federal investigation, instead reporting that the station had “learned” that Luger had asked that U.S. Immigration and Customs Enforcement examine Ilhan Omar’s marital history. A message left with the Fox 9 news director was not returned by Monday night.

Luger flatly denied any investigation in his letter to Omar’s attorney:

“An erroneous news report aired [Sunday] on Fox 9 indicating that my office has requested an investigation into the immigration status of Ms. Omar. … There is no truth to this report and my office is not investigating, nor have we requested an investigation into Ms. Omar,” reads the letter, which was released by an Omar spokesman.
Despite not having served a single day in office — she is expected to win the overwhelmingly DFL district in November — Omar has become a flash point.

DFL operatives were elated by her ability to mobilize white and Somali voters, driving up primary turnout well past expectations. Her success was seen as an important victory for a growing East African constituency.

Sen. Scott Dibble, DFL-Minneapolis, called on the TV station to correct its report, which he said was based on “rumor, innuendo and flat-out falsehoods.”