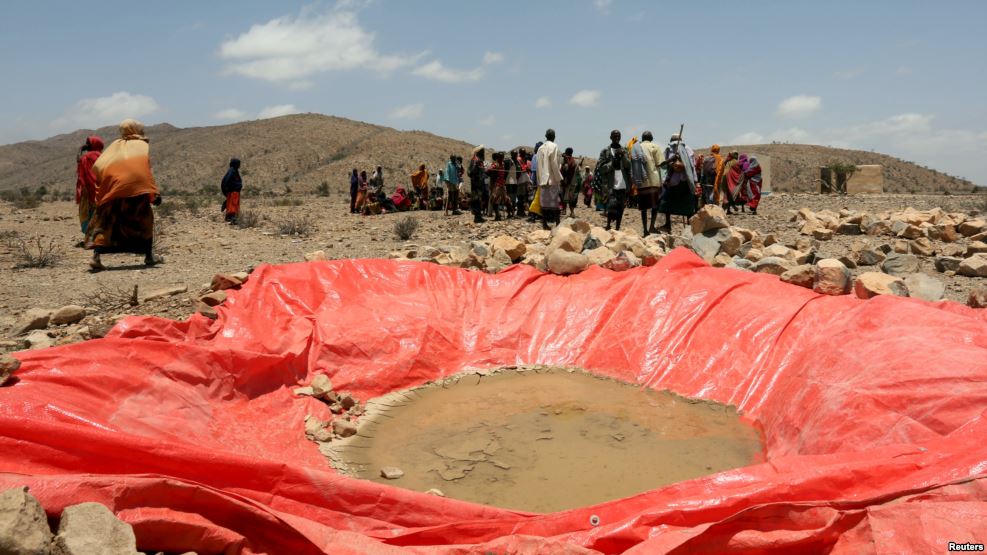 NAIROBI (HAN) September 1.2016. Public Diplomacy & Regional Security News.  By Katy Migiro. The La Nina weather phenomenon is likely to worsen drought and hunger in Somalia, especially in the north where many people and their animals are migrating in search of water after four failed rainy seasons, the United Nations said on Thursday.

La Nina, characterised by unusually cold temperatures in the equatorial Pacific Ocean, is predicted to bring further hardship to swathes of east and southern Africa already hit by the El Nino weather phenomenon.

El Nino, a warming of the Pacific Ocean, brought severe drought to northern parts of Somalia, like Puntland and Somaliland, and floods to southern and central areas.

“The situation could further worsen in the likelihood of a La Niña event,” the United Nations (U.N.) Office for the Coordination of Humanitarian Affairs said in its latest bulletin.

“The outlook for Puntland compounds an already dire situation with the food security situation for southern and central Somalia also increasingly worrying.”

Somalia’s 2011 famine, in which 260,000 people died, was partly the result of a significant La Nina following El Nino.

Four out of 10 Somalis — some 4.7 million people — already need humanitarian aid, the United Nations said, amid conflict between the Islamist militant group al Shabaab and the African Union-backed government.

This could increase hunger and migration, the United Nations said, as poor rains have already destroyed crops and reduced the opportunity for people to earn money as farm labourers.

The August harvest is likely to be 30 percent to 50 percent below average in southern and central Somalia due to poor Gu rains between April and July, the United Nations said.

“The food security situation in southern and central and northeastern parts of Somalia is expected to deteriorate in the coming months with more people facing acute food insecurity,” it said. Reporting by Katy Migiro; Editing by Katie Nguyen.