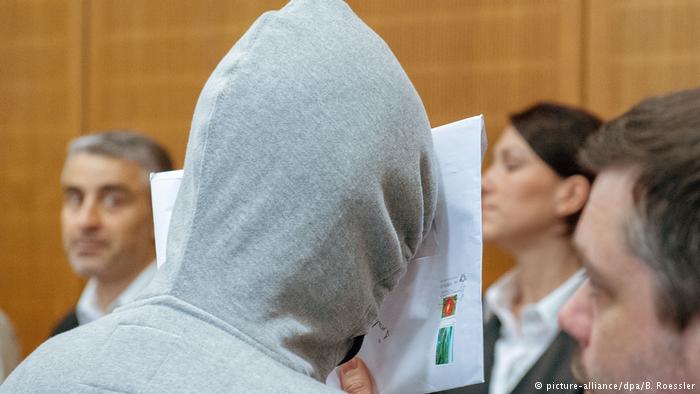 The Hessian radical
A., who was born in the Somali capital, Mogadishu, but grew up in the German state of Hesse, fought along al-Shabab militants between early 2012 and early 2014.

The 29-year-old completed four months of combat training upon arrival before being transferred to an al-Shabab base, but was forced to stop fighting due to an unidentified physical affliction. A. denied ever fighting with the militant group.

German police arrested A. after he arrived at Frankfurt airport with falsified documents in July 2016.

Al-Shabab has been fighting the internationally backed Somali government for years to try and establish an Islamist state. Somali officials have blamed a deadly explosion in Mogadishu that killed over 250 people in October on the group.

Al-Shabab has also committed multiple terrorist attacks in other countries in eastern Africa.

C., who was born in Turkey but also grew up in Germany, joined Junud al-Sham along with his wife in 2013.

While in Syria, he taught Arabic to other German-speaking al-Sham fighters and was given weapons training.

Junud al-Sham had been fighting in Syria’s deadly civil war before many of its members left to join the terrorist organization “Islamic State.”

C. returned to Germany in late 2013, where he promoted radical Islamist organizations before police arrested him in 2016.

Cracking down on imported terror

Editor’s note: Deutsche Welle follows the German press code, which stresses the importance of protecting the privacy of suspected criminals or victims and obliges us to refrain from revealing full names in such cases.