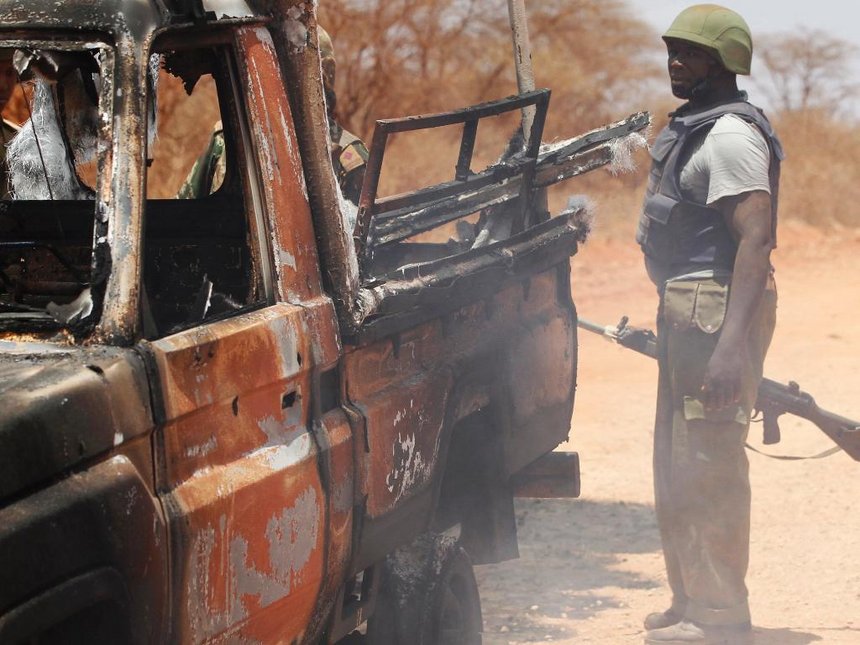 “We thank God no one was injured, we are telling our police officers not to concentrate at one point to reduce the magnitude of injuries and deaths in case they happen,” Shisia said in Mandera town.

The government administrator said the two IEDs were planted at a distance of about three meters from each other.

He said the 12 police officers were barely ten meters from the two sites of the explosion but no police officer was injured in both the incidents.

Shisia said there was intelligence information that Al-Shabaab IED experts had crossed over the border from Somalia to Mandera to plant IEDs in the area and carry out terror attacks on unspecified locations.
“What happened today is a testimony of what the National Intelligence Service personnel had reported to me,” he said.

The authorities promised the government will help apprehend culprits involved in both the incidents.

A team of Anti-Terror Police Unit and military bomb experts drawn were at the scene to help in analyzing the IEDs.

The Somali militants have been targeting military and police vehicles either by laying an ambush or planting explosives on the road in northeast region especially in Mandera and Garissa counties.

Kenya, currently engaged in the fight against the militia group in southern Somalia where its soldiers under the African Union Peacekeeping Mission has been registering impressive gains and extending humanitarian assistance to the local population.