Home frontpage Turkish Support A "Force of Nature" for Somalia 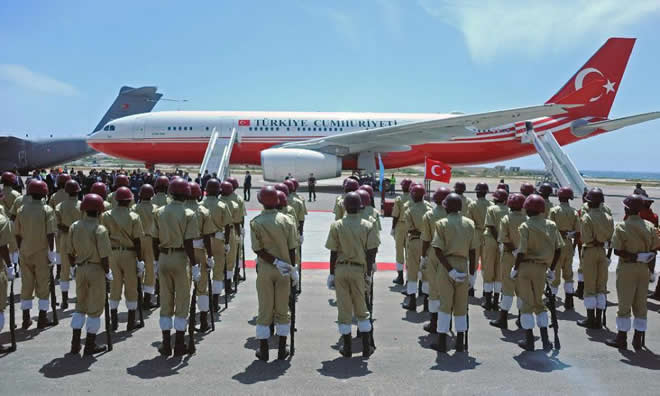 “Turkey did not hold back, waiting for stability before it invested. Instead, it invested to achieve it.”

Turkish President Erdogan praised the “major developments” seen in Somalia, after he was welcomed at the new Turkish-renovated airport by his counterpart.

Turkish President Recep Tayyip Erdogan has launched a number of development projects in Somalia sponsored by his government, including an airport terminal in Mogadishu, during a visit to the country.
The presidential visit to Somalia ends Erdogan’s Horn of Africa tour, which has included visits to Ethiopia and Djibouti, a key strategic port on Babal-Mandab and the entrance to the Red Sea strategy.