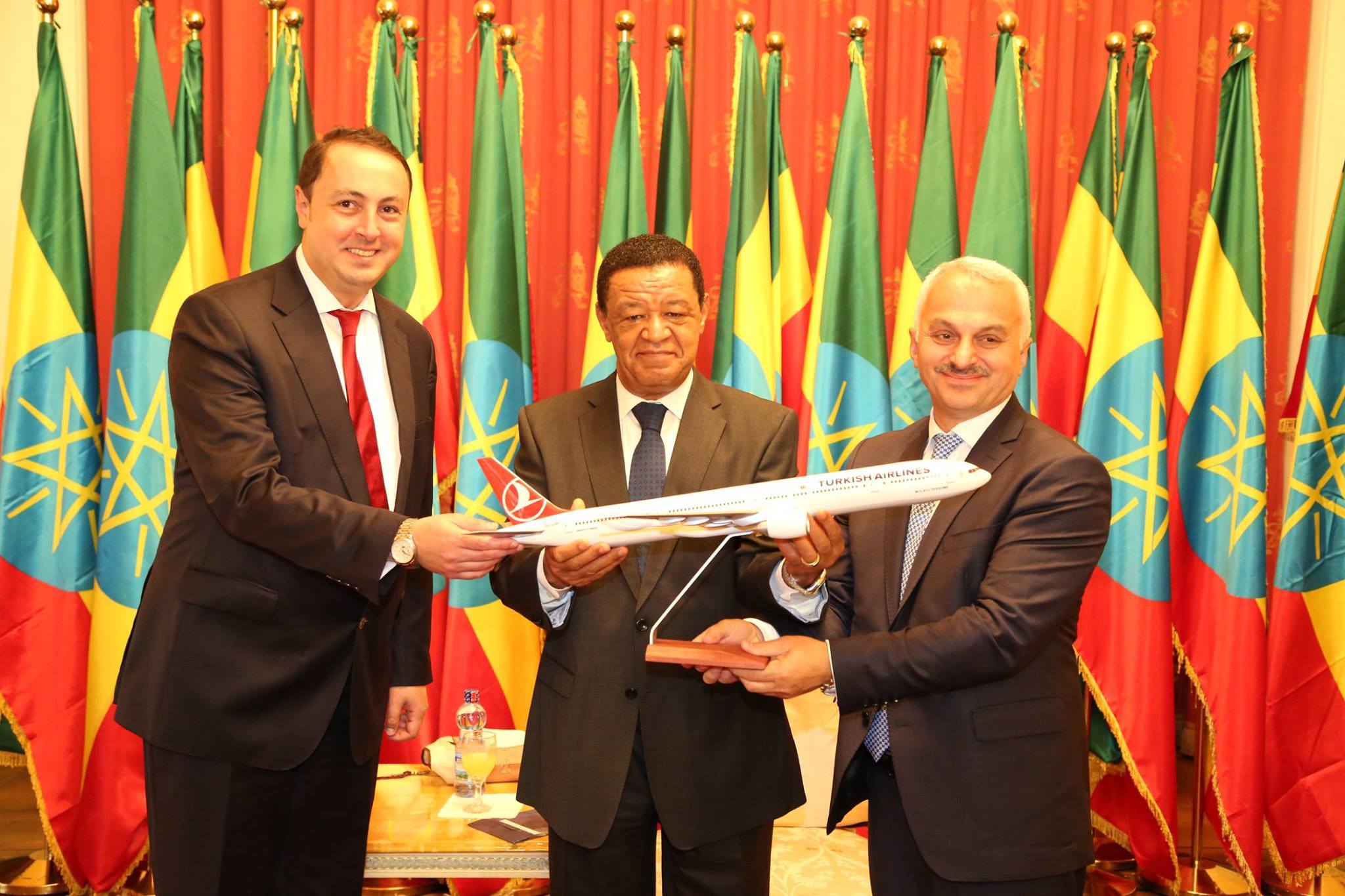 Addis Ababa (HAN) May 27.2016. Public Diplomacy & Regional Security News.  Turkish Airlines Chief Executive Officer Dr. Temel Kotil expressed interest to strengthen ties and work with the Ethiopian Airlines, the most chosen and experienced airline which has close to hundred destinations across the world.

During talks with President Dr. Multu Teshome here yesterday, the CEO noted that the Turkish Airlines wants to work with Ethiopian and have flights all days a week as the economic ties between the two countries has been booming.

There is also a high demand from thousands of Turkish businesspersons to have flights from Istanbul to Addis for business activities, the CEO added.

Thus, the two airlines need to straighten ties on ways of working in joint venture as they are a member of Star Alliance, he noted.

President Dr. Mulatu Teshome on his part welcomed Turkish Airlines initiative to work together with Ethiopian. There must be flights to accommodate the demand of the two countries businesspersons as the trade and investment ties are getting more enhanced.

The President, the ex- Ambassador in Turkey, as well noted that previously it took 10 hours to travel from Istanbul to Addis via London. It was too tiresome for passengers.

The launching of flights from both countries has trimmed down the route and enabled the nations to further strengthen the investment and trade ties.

In a related development, the two airlines discussed future avenues for enhanced cooperation.

Kotil and his counterpart from Ethiopian Airlines Tewolde Gebremariam, agreed that the two airlines should engage in more discussion that should lead towards a joint venture.

The two sides agreed “to cooperate more on Istanbul and Addis, Europe and Africa and to expand our network and work together,” he said without going into detail.

Kotil said there was ample ground for the two sides to form a joint venture so as to reap win-win benefits.

Africa ranks third in the number of destinations Turkish Airlines flies to, i.e. 48.

Turkish Airlines also marked the 10th anniversary of the launching of Istanbul-Addis Ababa route with a gala reception held at the Sheraton.

In his speech, Temel Kotil referred to Ethiopian and Turkish Airlines. “The two should join forces,” he said.

Turkish Airlines offers flights to over 250 international destinations in over 100 countries across Europe, Asia, Africa, Australia and the Americas.