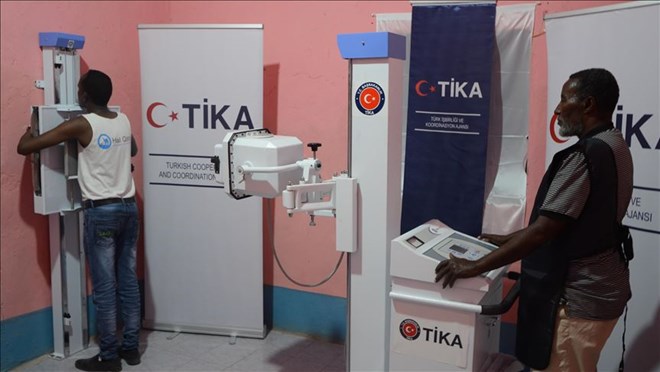 MOGADISHU, Somalia—Turkey’s state-run aid agency on Wednesday announced that it donated an X-ray machine to the Galgaduud State Hospital located in central Somalia which serves more than 500,000 people.

In a statement, the Turkish Cooperation and Development Agency (TIKA) said the machine was delivered to Galgadud State Hospital, which is the largest state hospital in the city of Dusamareb, the capital of Galmudug state.

The hospital serves more than 500,000 people, including those living in the surrounding settlements, the statement said.

The donation is part of TIKA’s programs to support access to better healthcare systems in African countries. Recently, TIKA has been on the frontline as a leading donor of essential aid across Africa.

In 2019, thousands of nomadic pastoralists and underprivileged communities in northern Kenya who had developed cataracts due to exposure to ultraviolet rays in hot, dry, and sunny weather were treated in a program organized by TIKA.