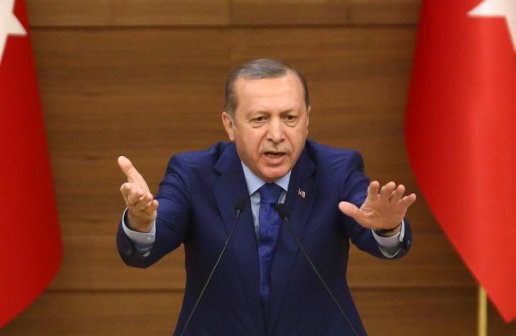 NAIROBI (HAN) May 1. 2016. Public Diplomacy & Regional Security News. Perennially boxed out of big Kenyan businesses by China, Turkey is plotting to turn the tables on the Asian giant through a presidential visit to Kenya later in the year.Turkish government officials, including a senior undersecretary at the Turkish foreign affairs department, have confirmed that President Recep Tayyip Erdogan (pictured) will visit Kenya in the “next few months.”

The visit, which had been planned earlier in the year, was pushed back to enable President Erdogan accommodate more East African states in his itinerary.

“He hasn’t cancelled. We are actually planning the tour of the East Africa region in coming months, and that includes Kenya. We are trying to ensure the visit covers may be three countries, including Somalia,” Foreign affairs Deputy Undersecretary Ali Kemal Ayd?n told The Standard on Sunday in Ankara.

Turkey is currently carrying the weight of 2.7 million Syrian refugees, spending $10 billion in the last three years to sustain them. Thousands of other migrants from Africa, including Kenya, pass through Turkey en route to Europe. Turkey, the 16th largest economy in the world, has increasingly been growing its business presence in Africa since 2005. From seven embassies in African capitals in early 2000’s, it now has more than 30 embassies in the continent, Mogadishu’s Somalia being the newest and largest.

The country also appears to be riding on the refugee crisis to re-orient itself as an important player in international affairs.

On May 23 and 24, Turkey will host the first World Humanitarian Summit to “take concrete steps to respond to the current humanitarian crises and identify preventive policies.”

“The migration issues we are currently grappling with are a result of crisis in various parts of the world. Many countries appear not to be aware of the magnitude of the problem and the summit will help give proper perspectives to these problems,” Turkish Deputy Prime Minister Numan Kurtulmus said.

The President’s visit in East Africa will therefore also address aspects of humanitarian help to thousands of displaced people in Sudan, Ethiopia, Somalia and Kenya. Turkey’s official humanitarian assistance in 2013 stood at $1.6 billion and became the third largest aid donor after the US and UK.

The visit is also likely to centre on issues of security, especially terrorism prevention. Turkey is a close ally of the US in anti-terror and security operations in its region.

“We are aware that our position on terrorism and membership of the alliance against terrorists puts us in a vulnerable position, but we have to reduce the power of terrorist organisation by all means and partnerships are important,” the Deputy Premier told visiting African journalists.

Turkish businessmen and government officials cited unfair competition, bureaucracy in business processes, difficulties in transferring profits to Turkey and lack of enough energy resources as main bottlenecks for investing in Kenya and Africa in general.

These are the issues they want the Turkish government and its Kenyan counterpart to iron out.

“Only a third of African people have access to electricity. And then you have a bureaucracy which is unlike anywhere else in the world,” Aydin, the undersecretary in charge of Sub-Saharan Africa, said.

Members of the Turkish Foreign Economic Relations Board (DEiK) openly complained of China edging them out of Kenyan businesses.

“In Kenya and East Africa generally, we are struggling with China and others. Unfortunately, nobody seems to research on their quality and expertise in the sort of projects they are undertaking. They are also giving loans with seemingly low interests but quite long term,” Erhan Barutoglu of DEiK said.

Kenyan ambassador in Turkey Kiema Kilonzo told The Standard on Sunday the Kenyan government was working closely with Turkey to remove all bottlenecks and increase trade and business opportunities between the two countries.