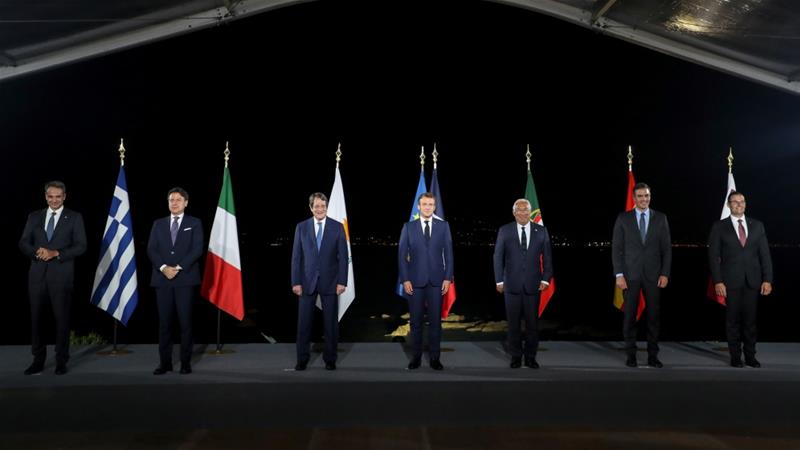 Turkey has decried a statement by seven European countries threatening sanctions against Ankara, amid its standoff with Greece over Eastern Mediterranean energy and maritime rights.

Turkey’s foreign ministry said on Friday that France, Italy, Malta, Portugal, Spain, Greece and Cyprus had adopted a viewpoint that was “disconnected from reality”, “biased”, and lacked a legal basis.

The ministry’s backlash followed a summit hosted by French President Emmanuel Macron on Thursday in Corsica, where leaders of the seven countries said they were ready to back European Union sanctions against Turkey if Ankara shunned dialogue.

Greece underlined the prospect of sanctions earlier on Thursday, with PM Kyriakos Mitsotakis saying in an opinion piece on Thursday the EU must impose sanctions on Turkey unless Ankara pulls its maritime assets from disputed areas in the Eastern Mediterranean.

“If Turkey refuses to see sense … I see no option but for my fellow European leaders to impose meaningful sanctions. Because this is no longer just about European solidarity. It is about recognising that vital interests – strategic European interests – are now at stake. If Europe wants to exercise true geopolitical power, it simply cannot afford to appease a belligerent Turkey,” Mitsotakis wrote.

Tensions have flared between the EU and Turkey, which like Greece is a NATO member, after Ankara sent a survey vessel to map out possible oil and gas drilling prospects in territorial waters claimed by Greece and areas claimed by Cyprus.

Turkish Foreign Ministry Spokesman Hami Aksoy said that Greece should “unconditionally sit at the negotiating table with Turkey”, calling on Athens to withdraw its military ships from around Turkey’s Oruc Reis survey vessel.

“We invite Greece to give up its illegal and maximalist claims over maritime zones,” the Turkish foreign ministry said, adding that EU countries supporting Greece’s claims should abandon their “one-sided” approach.

In a joint statement, the seven EU Mediterranean states said the bloc would draw up a list of new sanctions on Turkey at the end of September unless Ankara negotiates to resolve the dispute with Greece and Cyprus.

The EU is ready to develop a list of further restrictive measures that could be discussed at the European Council on September 24-25, the statement said.

Macron stepped up anti-Turkey rhetoric on Thursday and opened a war of words, but eventually struck a softer tone and claimed that overall, the European leaders wanted to re-engage in a dialogue with Ankara “in good faith”.

Al Jazeera’s Natacha Butler, reporting from Paris, said: “This summit was not only a show of solidarity with Greece. Macron’s aim is to pressure EU leaders to take united and a tougher stance against Turkey’s leadership – and stop actions by Ankara that are deemed by France as an affront against the bloc.”

Pierre Haski, a Paris-based journalist, told Al Jazeera: “The French analysis is that Turkey feels Europe is so weak and vulnerable that it can play the fait accompli, and it won’t be able to react. That’s why I think France is trying to make Turkey a test for Europe as a power or not.” 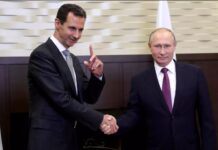