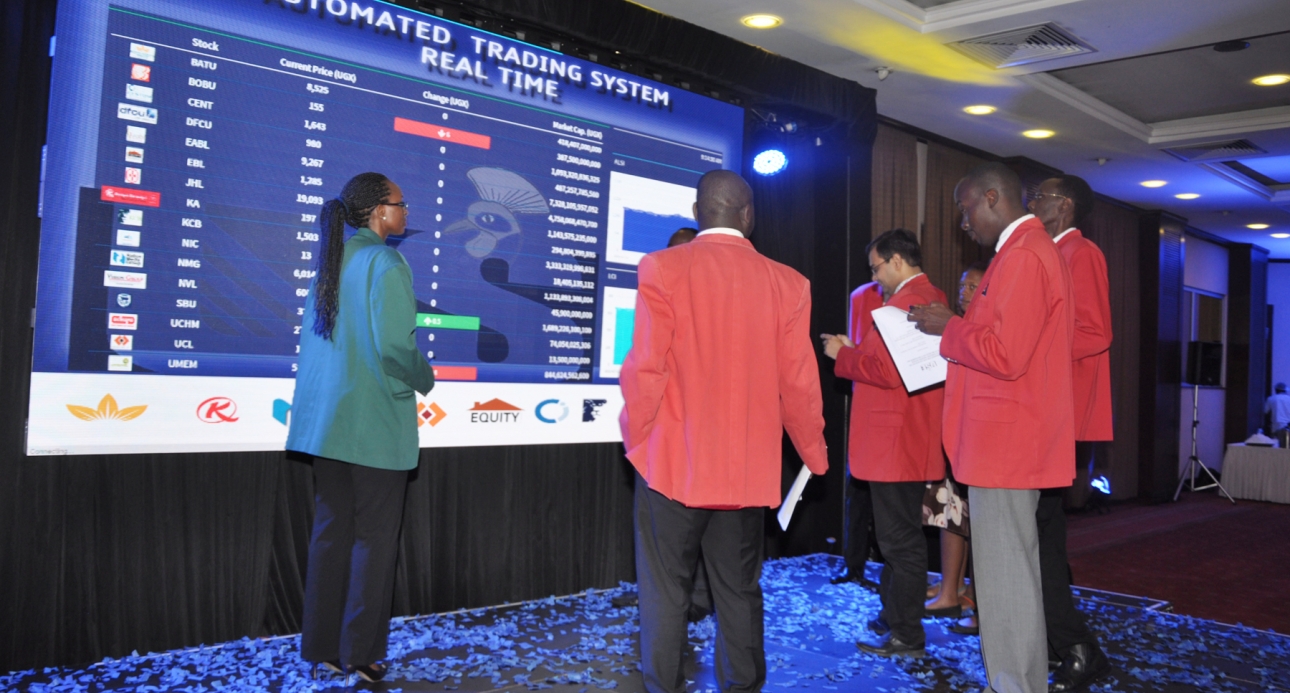 Frequent volatility experienced at the Uganda Securities Exchange this year has caused a decline in earnings for stockbrokers.

The low appetite for shares driven by high interest rates earned on Treasury bills and bonds has yielded volatile trading patterns at the local bourse since January.

Trading results posted last month highlight the peak of volatility suffered by the bourse. For instance, total equity turnover recorded in one of the daily sessions amounted to Ush90 million ($26,342) but dropped to around Ush3 million ($878) the following day.

Market turnover notably rose to about Ush12 million ($3,512) in the subsequent trading session. Further volatility episodes were witnessed in the final trading sessions of last month. Total USE turnover fell to Ush3.3 million ($966) on August 30 compared with Ush340.3 million ($99,603) recorded the previous day.

Stanbic Bank Uganda accounted for the biggest share of turnover with Ush3.1 million ($907) posted on this counter, according to trading reports.

The trading commission rate stands at 2.1 per cent of the value of each trade, with 1.7 per cent earned by stockbrokers while the USE and Capital Markets Authority (CMA) receive 0.14 per cent each.

The rest of the commission fee is shared between the Investor Compensation Fund, Central Depository System and Guarantee Fund. The USE’s overall trading turnover and profits declined during the first six months of 2016 compared with the same period last year though total trading volumes and commission incomes went up.

Whereas stockbrokers have no legal obligation to publish half year earnings, industry sources revealed that overall commission incomes recorded by some players have dropped by around Ush100 million ($29,269) since December last year. This is attributed largely to volatile trading patterns and low institutional activity at the bourse.

The absence of revenues from alternative income streams such as investment advisory services has complicated matters for industry players.

“Weak trading patterns do not always imply absence of demand but could point to poor pricing among investors on the demand side.

“Most of the institutional investors are holding onto most of their stocks on key counters and this has made it difficult for stockbrokers to satisfy new orders generated by large investors seeking huge blocks of shares in the market. This has affected our commission incomes since the beginning of this year.

The capital markets regulator is optimistic about stockbrokers’ ability to withstand harsh business conditions this year, but has downplayed the impact of depressed commission flows on its funding base.

“All stockbrokers made a profit last year and I believe those strong earnings should help them stay afloat despite reduced income flows,” said Keith Kalyegira, chief executive of the CMA.