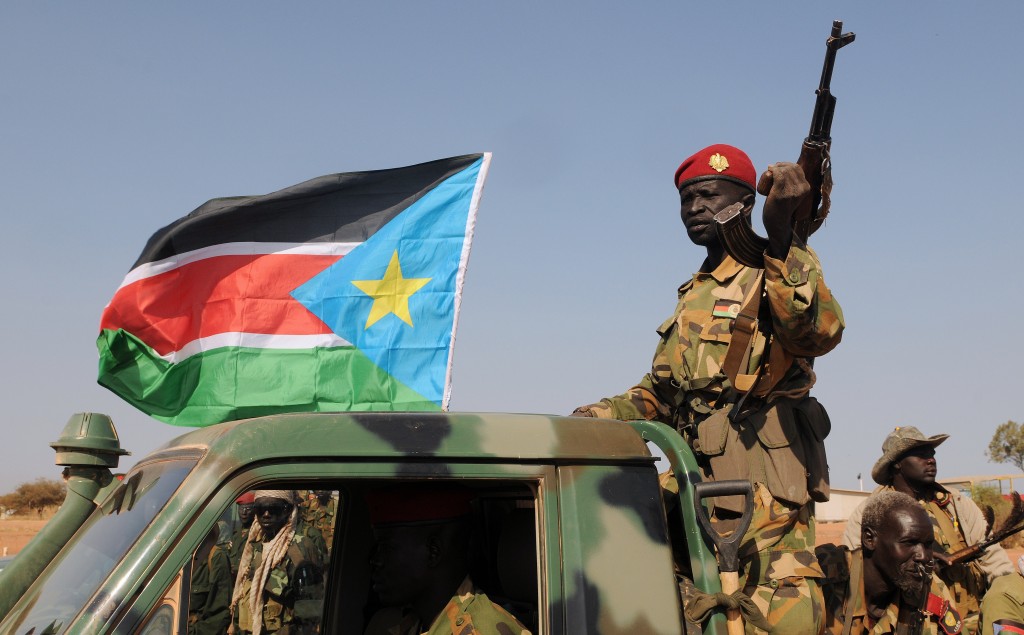 1- Symantec Study Shows Consumers Suffer From Security Overload
Symantec on Wednesday released a study showing that while 79 percent of consumers know they must actively protect their information online, 44 percent feel overwhelmed by the volume of data they are responsible for protecting. In addition, the study says 39 percent of consumers do not think there are enough connected device users for them to be a worthwhile target. More than six in 10 consumers believe incorrectly that connected home devices are designed with security in mind. Kevin Haley, director of security response at Symantec, recommends that users avoid sharing passwords, with 25 percent of those surveyed admitting that they share passwords for email and social media. With password sharing, Haley says people do not always understand that beyond one site or a specific device, all the sites they use can be exposed. Consumers should also watch for phishing scams, protect home routers, and beware of public Wi-Fi.

2- Report: Surveillance Cameras Most Dangerous IoT Devices in Enterprise
Networked security cameras present the most risks when securing Internet of Things devices in the enterprise, according to a report from Zscaler. Researchers found that one security camera brand communicated with its parent company in plain text and without authentication tokens, giving attackers the opportunity to introduce their own firmware. A separate camera transmitted user credentials for its streaming capability in plain text, and a third brand had an unprotected remote management console. Zscaler also found that smart TVs within enterprises used outdated libraries which could be exploited to commandeer the system. Other than being infected and used in a distributed denial-of-service attack, compromised devices can serve as access points to an enterprise network, according to Deepen Desai, director of security research at Zscaler. An infected video camera could allow intruders to monitor an environment and plan physical attacks as well as cyberattacks. Desai recommends enterprises isolate IoT devices as much as possible to prevent lateral movement. In addition, companies should apply regular security and firmware updates and change all default credentials.

3- Regional Impact: Former MI6 Chief “Trump could make Britain safer” And we may have “a more influential role at the top table”
If President-Elect Donald Trump is really the belligerent isolationist of his campaign rhetoric, then the United Kingdom’s national security is in a very difficult and potentially dangerous place. The two pillars on which our national safety rests are membership of the Nato alliance and a close partnership with the US which covers the full range of our defence, intelligence and security capabilities. Trump has been disparaging about Nato and until his foreign policy and national security teams are appointed we do not know what importance he will give to the “Special Relationship.”

According to the U.S National Security Council, Sub-Saharan Africa’s role within the global community will change dramatically in the mid-term future. A number of opportunities need to be fully embraced by Sub-Saharan societies and their political classes to sustainably profit from this process of change.

Kenya and Nigeria are among the world’s top 10 fastest-growing countries in 2015, and despite massive fluctuations in 2014, countries including Angola, Rwanda, Zambia, Namibia, Gabon and South Africa belong to Africa’s current top economic performers.

5- Syrian Government Refuses U.N. Truce Terms for Aleppo
The Syrian government on Nov. 20 refused a United Nations proposal to grant the eastern districts of Aleppo autonomy to restore peace. According to Minister Walid al-Moallem, the state’s institutions “must be restored” across the city and the militants expelled. He went on to say that restoring government rule was a matter of “national sovereignty.” He also called on U.S. President-elect Donald Trump’s incoming administration to cut off support for “terrorists” in Syria and to “rein in” the states backing them. U.N. envoy Staffan de Mistura has cautioned that the military’s approach could drive more moderate rebels into the ranks of the Islamic State. At minimum, 164 civilians have been killed since the government restarted its campaign against the enclave last week, according to the Syrian Observatory for Human Rights. Furthermore, the U.N. estimates 275,000 people are trapped inside. The government had damaged or destroyed every hospital in the east by Nov. 19, according to the Syrian American Medical Society, which supports such facilities in the country.

6- Four Cops Shot in 24 Hours in 4 Cities, 2 Shootings Called Targeted
Four police officers were shot on Nov. 20 in four separate incidents. Two of the officers were shot in what authorities are calling targeted attacks. A San Antonio detective writing out a traffic ticket to a motorist was shot to death in his squad car late Sunday morning outside police headquarters by another driver who pulled up from behind, authorities said. San Antonio police Chief William McManus identified the officer as Benjamin Marconi, a 20-year veteran of the force. Police said the search for a male suspect was still underway on November 21 and that no arrest had been made. In St. Louis, a police sergeant was hospitalized in critical condition after being shot twice in the face, but was expected to survive. Police Chief Sam Dotson called the incident an “ambush.” Police reported that the suspect was later killed in a shootout with police. Two other police officers were also shot Sundaynight, but it wasn’t clear whether the incidents were targeted attacks. An officer with the Gladstone, Missouri, police department near Kansas City was shot, along with a suspect. A Sanibel, Florida, officer was shot in the shoulder during a traffic stop Sunday night, and was treated for his injuries and released.

7- Suicide Attack at Afghan Mosque Kills at Least 28 Civilians, Injures 45
At least 28 people were killed and 45 wounded after a suicide bomber attacked a Shiite mosque in the Afghan capital, Kabul, officials and eyewitnesses said. Faredoon Obiadi, head of the criminal investigation department for the Kabul police, said the attacker detonated his suicide vest among the crowds inside the Baqir-ul Ulom mosque in western Kabul. No group has yet claimed responsibility but militant Sunni fundamentalists like the Taliban and the Islamic State group view Shiites as apostates and frequently attack Shiite mosques and public gatherings.

8- Holiday Season Could Be Target for Terrorists, DHS Says
Violent extremists could target public places and events during the approaching holiday season, according to the Department of Homeland Security. The bulletin, posted Tuesday, comes days after an Islamic State magazine called on followers to use vehicles to attack popular outdoor events, such as a New York City parade. “It is very difficult to protect events like large gatherings such as parades from these types of attacks using vehicles, and we saw that last summer in Nice,” says Matt Olsen, former director of the National Counterterrorism Center. An Islamic State-inspired attacker is of particular concern to counter-terrorism officials as the group becomes more desperate from its battlefield losses in Iraq and Syria. Officials say there have been no specific, credible threats at this time, but New York City law enforcement is bolstering the security protocols used for major events. The New York Police Department has specifically prepared for attacks using vehicles following the incident in France. The NYPD visited 135 locations that rent trucks in the metropolitan area and provided companies with guidance on how to identify suspicious behavior in potential renters.

9- Hackers Program Bank ATMs to Spew Cash
Cyber criminals who once earned millions by breaking into individual online bank accounts are now targeting the banks’ own computers. Earlier this month, the Federal Bureau of Investigation warned U.S. banks of the potential for similar attacks. The FBI said in a bulletin that it is “monitoring emerging reports indicating that well-resourced and organized malicious cyber actors have intentions to target the U.S. financial sector.” The FBI bulletin cited software used by a Russian gang known as Buhtrap. Computer-security specialists say Buhtrap and other gangs honed their techniques on Russian banks, then expanded to other countries. Sometimes the hackers break into the systems that process transactions on banking payment networks; other times they have hit ATM networks directly. In Taiwan and Thailand earlier this year, the criminals programmed bank ATMs to spew cash. Gang members stood in front of the machines at the appointed hour and collected millions of dollars. The attacks mark a new technique for cybercriminals, who traditionally stole money from consumer banking accounts or hit ATMs with fraudulent cards or other tricks on a single machine. Over the past 18 months, some criminals have turned to bank networks, breaking in and then finding ways to make dozens of machines unload their cash simultaneously. “These guys, who could have been in the past just going after consumers…are breaking into financial institutions,” said Eric Chien, technical director of Symantec Corp.’s Security Technology and Response division.

10-Massive DDoS Attacks up 138% From Last Year, Says Akamai Report
Distributed denial-of-service (DDoS) attacks greater than 100 Gigabits per second have seen a 138-percent increase over the last year, according to a new Akamai report. Overall, DDoS attacks rose by 70 percent from last year. Akamai mitigated 4,556 DDoS attacks in the third quarter, marking a decrease of 8 percent since the previous quarter. The report notes that even as DDoS attacks rose, Web application attacks decreased by 18 percent over the past year. Web app attacks from the U.S. fell by 67 percent and attacks from Brazil dropped by 78 percent. Attacks occurring at the application layer accounted for just 1.66 percent of the total attacks. One of the reasons for the spike in attacks is the release of the Mirai botnet source code in October. Mirai, utilizing compromised Internet of Things devices, was responsible for the massive Dyn DDoS attack and two attacks on a popular security blog.

Security News This Week. In other news

Ransomware Hammers Madison County, Indiana
Madison County, Ind., recently was hit with a ransomware attack. The ransomware was discovered at the county’s Central Dispatch after the “computer system started locking up,” according to Indiana State Police Capt. Dave Bursten. Otherwise, there are conflicting reports about the details of the ransomware attack. For example, after the attack reportedly occurred on Nov. 4, locking the county out from accessing records, Madison County IT director Lisa Cannon said her office took all the security measures they could, but the hackers still found a way in. However, critics say taking all possible security measures should have included having offline backups. “We’re in the process of adding a backup system,” Cannon says. There also is an indication that employee awareness needs to be improved, as an Indiana State Police spokesperson advised people it is “critical to back up pictures, files, records—everything either in the cloud or a on a hard drive. Also, avoid clicking on any links you’re not familiar with.” Still, county officials are confident that no personal information from local residents was compromised.