Home Ethiopia Time for reconciliation and apologies to Ethiopian Somalis 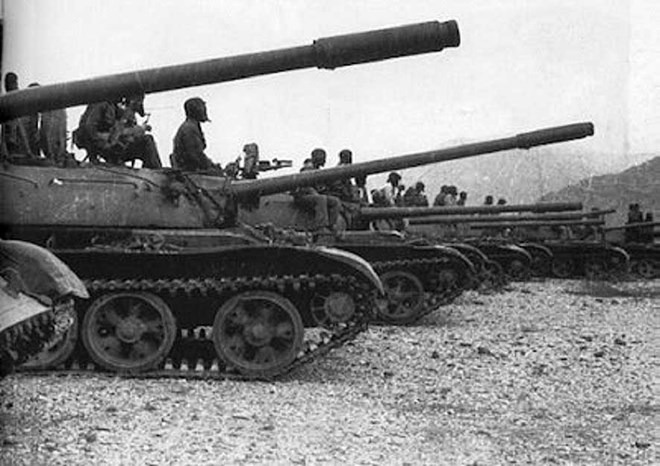 To redress injustice, and increase the visibility of Somalis amongst Ethiopians, a national reconciliation conference should be held in Jigjiga

I returned from the Diaspora after the formation of the ‘New Ethiopia’ in mid-2018, full of hope and optimism at the great political transformation in Ethiopia.

Prime Minister Abiy Ahmed was leading a new reform-oriented government. The idea of a rediscovered Ethiopia was being preached from Addis Ababa, music to the ears of millions of Ethiopians within the country and abroad. Abiy’s focus was liberalizing the economy and promoting unity amongst the country’s more than 80 ethnic groups. Closer to home for me, Mustafa Muhummed Omer had taken over the seat of Somali Regional State (SRS) presidency from the notorious Abdi Iley who had ruled the region for eight years. It was a time of hope and confidence

Sadly, it wasn’t shared by everyone.

Jigjiga, capital city of the SRS, is some 600 kilometers away from Ethiopia’s capital of Addis Ababa. By the time I had reached there, my optimism was fading. The ‘Ethiopianism’ preached in Addis Ababa does not percolate into the ears of the ordinary citizens in Jigjiga, which even today scarcely deserves the name of city. The language of the federal government and lingua franca, Amharic, is hardly spoken here. There is little attachment to other Ethiopians.

Apart from the language, segregation between Somalis and other Ethiopians can be seen in most activities in the city. Despite living in the same neighborhoods, the two groups hardly mingle. I see little or no socializing, and when it occurs, it stems from necessity. There is the dotted line of a boundary of mistrust and suspicion that exists in the mindset of the people as a result of decades of war and conflict.

The SRS has been a theatre of political turmoil since the 1977–78 Ethiopian-Somali war. The war, perhaps inevitably, portrayed Somalis as enemies of Ethiopia, but this extended even to Ethiopian-Somalis, Somalis living in Ethiopia. The civil war in Somalia itself further dented the image of Somalis, promoting stereotypes—Somalis were ‘unreliable’  and ‘dangerous’. These negative clichés became the basis for human rights abuses orchestrated or encouraged by Addis-based governments. Little effort, and little progress has  been made over the years to define or encourage Ethiopian-Somali identity within Ethiopian nationality; unsurprisingly, the region has been regarded as simply a source of problems.

These, however, are not problems of the people’s making. When TPLF took power in 1991, it was like a hyena saving an antelope from the jaws of the leopard, the Derg’s military regime. It didn’t take us long to realize its actions were driven by selfish interests, not by pity for the antelope. We Somalis are the antelopes of Ethiopia, pawns in the political games of those whose interest does not go beyond the need for our collective votes to propel them into power.

Human Rights Watch first crimes against humanity and war crimes by the Ethiopian army during counter-insurgency operations against Ogaden National Liberation Front (ONLF) fighters between 2007 and 2008. These crimes against Somalis in SRS were not independently investigated by the Ethiopian government. The Liyu Police, a special force to counter the ONLF, was established in 2008 by former SRS president Abdi Iley with the help of the federal government and military, which provided training and arms. The force was implicated by Human Rights Watch and Amnesty International in widespread extrajudicial killings, torture, rape and violence against civilians between 2008 and 2018.

The consistent counter-insurgency policy of governments in Addis Ababa continuously handed local politicians like Abdi Iley military resources and great autonomy in exchange for a façade of stability. In effect, the SRS over past decades has been forced to settle for extreme authoritarianism in exchange for a false peace. The silence of the federal governments on atrocities committed against, and between, Somalis in politically instigated conflicts have increased the feeling of invisibility amongst Somalis compared to other Ethiopians. Despite being the third-largest ethnic group in Ethiopia, after the Oromo and Amhara, the Somalis are underrepresented in the federal government: Abiy’s cabinet has only two Somali ministers, which means little advocacy for Somali matters in the federal executive.

The Ethiopian parliament a national Reconciliation Commission in February 2019 with two pillars forming its mandate: reconciliation and identity. It is intended to provide Ethiopians with an avenue to air their grievances with the aim of achieving reconciliation rather than criminal accountability. The Commission provides a blanket definition of injustices to create a narrative of violations that apply to all Ethiopians. Injustices are, however, unevenly distributed, and marginalized ethnic groups, like Somalis, have faced far worse injustices than others. This explains the skepticism with which the Reconciliation Commission was received in the Somali region. Decades of mistrust and of the failures of the Ethiopian Human Rights Commission (EHRC) to produce detailed reports on atrocities in SRS have reduced local hopes of any federally-driven Addis Ababa-based reconciliation and accountability process.

The new Ethiopian government may be given credit for some intelligence officials, military personnel and business people over allegations of human rights violations and corruption under the previous government. However, the process should be brought closer home. This needs local involvement; and bringing locals on board requires public acknowledgement of the injustices and gross human violations that have happened in the SRS.

An Ethiopian reconciliation conference should be held in the SRS. Previous peace and reconciliation conferences have been held in Addis Ababa and as ongoing talks indicate, the venue might remain the same. People should be allowed to narrate their ordeals in their own language in their place of comfort and to people they trust will listen to them. This bottom-up approach would allow people to have a sense of ownership of the reconciliation process. The Reconciliation Commission claims to support love, forgiveness and mercy as the unitary values of Ethiopia under a new national identity. Reconciliation, devoid of admission and apology for historical injustices against Somalis and others or refusal to acknowledge criminal accountability, only serves political expediency.

An Ethiopian government apology to the Ethiopian-Somalis in SRS would pave the way for federal reparations, the right of victims of abuse recognized by the United Nations. These should go first to the survivors of brutalities perpetrated by the federally-funded Liyu police over the decade 2008-2018, and secondly to the families of those killed. The socio-economic impact of decades of war and conflict have left the SRS as one of the poorest and most marginalized regions in Ethiopia; it also needs compensation from the federal government for the lost economic opportunities of past years. This could begin to bring back the lost optimism of the ‘New Ethiopia’ of 2018.